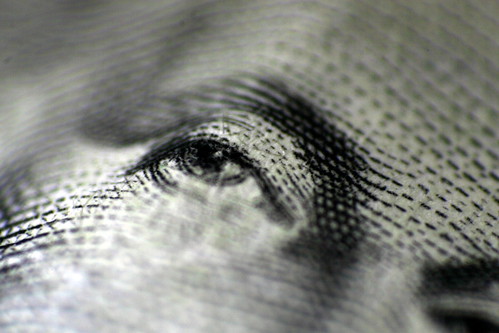 Rosh tries to follow the money to gauge where growing worldwide debt & money printing might lead us.

Was the wealth effect in NZ just a game of musical chairs?

He had grown up learning that an asset’s value was a measure of its earning capability.

But the rule book had been thrown out in the 2008 Global Financial Crisis (GFC). Global economies sped on a money highway with no traffic rules.

Absolute worldwide debt was bound to exceed the $43 trillion that had been borrowed last year in 2016.

That was already $6,500 owed by every man, woman and child on the planet, a vast majority of whom earned nowhere near enough to repay a debt of any size.

Standard & Poor (S&P) were forecasting total global sovereign debt of around $7 trillion in 2017, with USA at $2.2 trillion and Japan at $1.8 trillion expected to borrow almost 60% of that, followed by China, Italy, and France.

If it were distributed evenly across the year, U.S. issuance “would have already covered Switzerland's 2017 borrowing needs at lunchtime on Jan. 1; Brazil's on Jan. 30, and Italy's on Feb. 17," Kraemer said. “It would then have passed China's and also the rest of the world's by Feb 28.”

What kind of a debt was this? Riskier than before, and getting riskier by the day. Only 7% of these borrowed 43 trillions now carried a AAA rating – an all-time low.

According to the Bank for International Settlements, which was the central bank of central banks, global debt-to-GDP (Gross Domestic Product) was now at a record high and debts of governments, households and corporations since 2000 had gone up... everywhere.

Despite wishful thinking that the world would deleverage post the GFC and mend its borrowing ways, debt was up 63% in the USA, and up an average of over 50% in the Eurozone, Japan, U.K., Canada and Australia. In emerging markets, led by China, leverage was up 85%.

Central Bankers of the world had pumped the world with liquidity, printing fiat money, ostensibly to avoid having another Great Depression, penalizing savers with negative interest rates in the process, in the name of the greater good.

Now, almost a decade later, no one seemed to be in a hurry to arrest this increased use of debt - anywhere. The next debt default was inevitable. The disciplined savers, who provided these loans, had another lesson coming.

Or did they? For any loan to exist, there must be a loan-maker, who traditionally had been the saver. But it was a print and lend world now. With ever increasing debt ceilings, as boundaries got pushed out every year.

In fact, it was even becoming fashionable to expect to be bailed out every so often, at everyone else’s expense. Today was all that mattered. Tomorrows had ceased to exist.

What should he do in this game of musical chairs? The music will stop, he knew, but until then? He was still in the game. Not playing was not an option.

Should he have less fixed interest then, and more stocks and property, which were riskier but inflation protected? Should he stay local in New Zealand or continue to diversify internationally?

New Zealand had emerged relatively unscathed from the GFC. Yet, almost all of its finance company sector had perished in the GFC. Globally, there had been no place to hide, for any asset – anywhere. Cash had been king. Would Cash and Gold be still safe when the next tsunami hit?

What had the rest of the Kiwis been doing? Borrowing, it seems, as well as salting away their cash. Kiwi Households were flush with NZD 162 billion in cash held in bank accounts, up almost 11 bln in a year (up 7.1%). Probably baby boomers cashing up, while the youngsters borrowed to buy houses.

Reserve bank of New Zealand (RBNZ) figures at the end of Dec 2016, showed Kiwi household financial liabilities (mostly mortgages) at NZD 263 billion, just a 100 billion more, net of our cash. Not bad, yet most commentaries implied that the country was going broke due to private borrowing.

However, considering our cash holdings and total Household disposable income, the total net loan could be repaid within a year or two. Another thing was clear. Historically, Kiwis shied away from borrowing, and had lived within their means.

Our mortgage only borrowing of NZD 230 billion dwarfed our outstanding business credit of NZD 95 billion, as well as our agricultural lending of NZD 61 billion. But what to do? The Aussie Banks lent easier on housing.

Still, the RBNZ had been cornered into fast-forwarding the 60% LVR (Loan-to-Value Ratio) rule. Forcing investors to come up with 40% deposit on houses was having real impact, although owner-occupiers and first home buyers had picked up some slack.

Yet, the household debt burden was now more affordable than it had ever been, due to interest rate reductions. Debt servicing cost only 8.6% of disposable income, down from 9.4% a year ago (13.9% in Dec 2008). It was expected to stay down for decades, despite the recent scaremongering.

In the previous 12 months, to Sep 2016 (collection of these figures lagged a bit), the value of NZ houses and land had also risen almost 16% (over NZD 750 billion), making our total household net wealth over NZD 1.2 trillion.

So, over the nine years from 2007, Kiwis had basked in this wealth effect, spending 57% more on eating out, 60% more in insurance, 67% more on rent and 50% more on transport, even though our income had only grown 32% over the same period.

We had spent record levels on credit cards. Because we had never been wealthier. Thank you, Quantitative Easing, Immigration, Globalization! But one can't drive a car by looking in rear view mirrors all the time.

Looking forward, wages weren’t expected to rise by more than CPI (Consumer Price index, or Inflation) in the next few years, putting limits on rent rises. But immigration was expected to remain high and new house builds low. Demand and supply situation remained favorable for the vendor, despite the rhetoric.

It was in no one’s interest to crash the property market, and Bill English had already declared that he had no intention of doing so. Should he buy more houses then? He looked blankly outside his window, staring into an invisible crystal ball.

Follow the money, he told himself. You will discover what to do…

Next Story: Kiwi Wealth In Houses