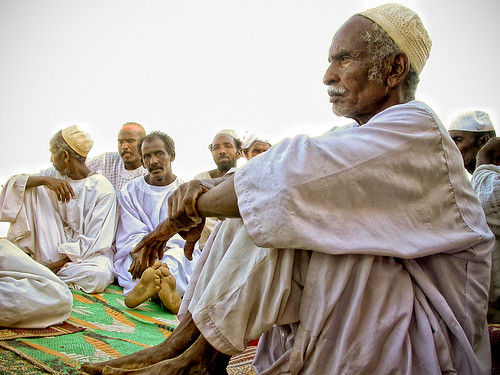 Alibaba goes to the secret cave when thieves make no more moves.

What he finds, changes his life forever

"After the initial excitement from the startling wedding announcement had ebbed," Rosh continued the Arabian Nights tale when no one spoke in the room for a few minutes, "focus soon shifted to their gory surroundings and on what needed to be done now."

A new grave was immediately dug up in their courtyard, not very far from the mass grave.

The Captain's body was removed from the dining room and buried in a similar fashion near his comrades.

The next morning, news was leaked that Khwaja Hasan had sold all his interests recently to Ali Baba and moved to another town in search of greener pastures. Last night's party at Ali Baba's place had been in celebration of their business deal.

Ali Baba's nephew terminated the lease on Hasan's shop and settled its rent in full. Hasan's merchandise was moved to Ali Baba's store. People gossiped in town, but no one was really surprised.

Hasan had been quite close to Qasim's son, and Qasim' store had been growing steadily since his death. People were amused though, that Khwaja Hassan had departed as suddenly as he had arrived here.

As days passed, Ali Baba became more and more stressed. Two robbers were still on the loose, and not knowing what they were planning or when they would strike again was wreaking havoc on his nerves.

For fear of the thieves, Ali Baba had not once visited the secret cave since the day he had brought back Qasim's corpse. Able to bear the wait no more, he decided to investigate it to see if it could provide any clues.

'If the remaining treasure is gone or has diminished,' he thought, 'it is conceivable that the thieves have quit on me. If the treasure is still there or has increased, my life is forfeit, and I am living on borrowed time.'

Even if he found no certain answers, doing something was better than doing nothing. Doing is proactive. It makes one feel that one still has some control. That something can be done about it, however flimsy.

At the family's counsel, Ali Baba decided to take his nephew along to see everything, just in case he never got the chance to show him again.

In the early hours before daybreak the next morning, both men rode into the forest. With great care and caution, they drew deeper into the jungle.

Finding no signs of man or horse on the way, reassured their minds and gave them the confidence and courage needed to continue their journey.

Reaching the towering hill, they dismounted and tied up their beasts to a tree. Ali Baba took a deep breath.

Entering it, both saw the hoards of gold and silver. The rock face automatically shut behind them. Not much had changed, Ali Baba saw, except for two new mounds in the earth just inside the cave entrance.

They wandered inside. Everything else was untouched and lay just as he remembered from his last visit. They did not linger there, but quickly returned to the mounds in the ground. Both immediately set about digging them up.

The mounds were graves. Of the two unaccounted thieves.

Assured finally that none of the 40 thieves remained alive, Ali baba sagged to the ground exhausted, and finally relieved.

Kneeling beside the graves, he sobbed like a child. In thankfulness. For his life. His good fortune. And for their death.

Not only was he alive, he was richer beyond imagination. Except them, not a soul now knew the secret of this place.

After resting awhile, they bound a load of Ashrafis each in their saddlecloths, such as their horses could carry, and returned home. Their household breathed a collective sigh of relief when they were told what the men had found in the cave.

Later in the day, news was leaked about Marjina's release from slavery and her imminent marriage with Qasim's son.

A few days later, Ali Baba threw another party for his friends and neighbors and married Marjina to his brother's son with great fanfare.

In time, their business prospered and the family became well known and respected in their community. When they had grown up, Ali Baba took his grandchildren to show them his treasure and taught them the magic passwords.

Though the story was finally finished, the boys lay huddled together with their father. No one spoke for a long time. They felt safe and contented and the warmth of his body gradually made them drowsy.

Eventually, Isha shook Hosh awake and shepherded him to his room. Josh was already sound asleep. Rosh gently picked him up in his arms, and took him to his bed. When he returned, Isha was already in their bed, waiting for him.

"How could Ali Baba be sure," she argued, "that no one else knew the cave's secret? He only found the two thieves buried. He didn't find how they were murdered. Or by whom? Or who buried them there? Possibilities remained."

"That is the problem with possibilities," Rosh answered. "They always remain. Make your peace with them now, like Alibaba did, and try to sleep."

"Basta kon Simsim!" she murmured in her sleep that night, as she dreamt of magic and magical things.

Next Story: From the Water's Womb