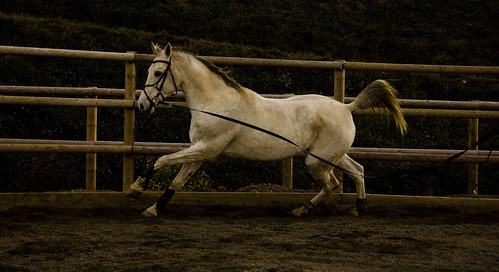 Thirst for vengeance rejuvenates the Captain.

"Quite right," Rosh agreed. "But this Arabian Nights tale isn't about love. It is about pain!"

"Pain morphing into anger. Anger metamorphosing into hate. Hate - which should be channelized. Not allowed to fester."

"Anger is like flowing water, you see. There's nothing wrong with it so long as you let it flow. Hate is like stagnant water; anger that you have denied yourself the freedom to feel, the freedom to flow; water that you gathered in one place and left to forget."

"Stagnant water becomes dirty, stinky, disease-ridden, poisonous, deadly; that is your hate. We cannot let it be. It needs to become something else, be made to flow again, channelized, or it will begin to consume and infect life itself."

"In every life, pain and loss are a matter of fact. They just come with the territory. The Captain's failing was that he felt too intensely and did not have a knack for letting things go. He was like me. Too passionate, too proud."

"People think Hate is bad, but it can be useful. Just like greed. Had the Captain been greedy, he could have safely walked away now, with the remaining treasure. A survivor, and richer than ever before. He should have."

"But he found no gifts in his tragedy. Only guilt! Honour and shame stopped him from moving past it, and then he was committed. To extracting vengeance. For his dead brothers. For his departed partners in crime."

Rosh paused and looked around. There we no further objections. He continued retelling the tale:

As his mind cleared, the Captain began to think the matter over. Even though he was still at sea as to how his whole group had been overcome in one fell swoop and how they had all perished, one thing was crystal clear. He must take the life of Alibaba.

Honor demanded revenge. And he had to do it now, while the hurt was still fresh. Justice delayed was justice denied. Ali Baba would have to go, also because of his knowledge of their magical password.

How else could he and the man they had quartered earlier in their cave, have gained entry into their secret den and stolen their treasure? Left alive, he was bound to return again to ferret out the rest of their wealth.

After resting one night in his cave and thinking things through, the Captain decided to return to the city. He needed more clues about his adversaries to help him plan his next attack better.

'News of so many murders in one night,' he thought with some satisfaction, 'would have reached the Haakim (Governor) by now. Ali Baba has probably been seized and tried, his house leveled and his wealth confiscated. The town should be abuzz with gossip about all this.'

The Captain rose early the next morning. Disguised differently again, he rode back into the city.

Dismounting outside a karvaan serai (caravan inn), he went straight to the Inn keeper, and struck up a casual conversation.

The Inn keeper happily exchanged gossip, but there was no news on matters the Captain was secretly interested in.

The Captain realized that he was up against a cunning enemy. Not only had Ali Baba successfully salted away his treasure and destroyed so many lives, he had done so without incurring much harm himself or arousing any suspicions.

'I'll need all my wits not to fall into the hands of this clever bugger,' the Captain thought, 'or I might perish myself, before I can avenge my brothers.'

He wandered off into the Bazaar, had a meal, and mingled with the locals. As he was wandering around aimlessly, he came upon Qasim's store, where his son now traded.

Although the Captain did not know that the young trader was Ali Baba's nephew, he recognized the young man immediately, having seen him staying with Ali Baba when he had sought refuge there. A shop was available for hire beside this young man's store.

'How lucky!' the Captain pondered. 'This could be the opportunity I seek.'

He haggled a bit with the owner, then hired this shop. Over the next few days, he stocked it with the finest goods and merchandise from his secret treasure-cave, and started trading as Khwaja Hasan.

He soon became friends with all his neighboring shopkeepers, including Qasim's son, with whom he was especially gracious and cordial at all times.

A few days later, Ali Baba came to the shop on a routine inspection to see how the business was doing. Hassan saw and recognized him at once.

After Ali Baba had gone, Hassan wandered over to Qasim's shop for a chat.

"I hate customers like that old man," he said. "They waste a lot of time. They want to look over everything, but never buy anything. If he ever comes to my shop, I'll just throw him out."

"Oh him?" the nephew laughed. "He wasn't a customer. He is my uncle, the brother of my father, and owner of this shop."

"None taken," Qasim's son assured him as they laughed again together.

Friendship soon grew between the two men. Often in between customers, they would sit and chat for long. Hasan habitually gave him little presents, and they frequently began to have lunch together.

However, as time passed, Qasim's son began to feel more and more compelled to return his courtesies. He consulted his uncle, and Ali Baba was only too happy to encourage his nephew's growing relationship with an affluent merchant.

Ali Baba suggested inviting Hasan for supper at their house the next Friday. A sumptuous feast would be arranged. With music and dance. Splendor befitting his station as a man of abundance and worthy of friendship with affluent merchants, would be placed on show.

After close of business on Friday, both men locked up their shops and went to Ali Baba's house together for supper.