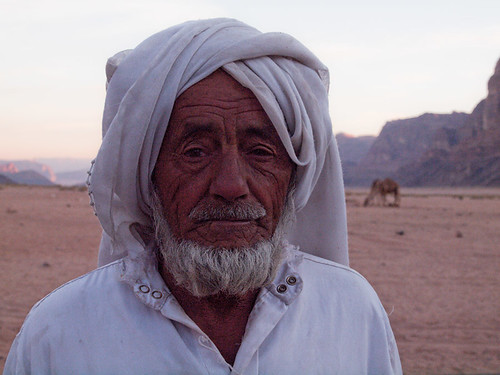 Qasim gets to the treasure, but can he get it out?

Qasim hired ten mules the next day, and driving them according to Alibaba's directions, readily found the magical rock face.

Qasim went in, and as soon as he had safely entered, the rockface closed shut behind him as it was supposed to.

Qasim saw the piles of jewels and treasures Ali Baba had described. He walked about in ecstasy marveling at the treasures lying all around him.

When he finally tired of surveying the booty, he began to load up sacks enough for his ten mules.

He packed and stacked them by the entrance one by one, in readiness to be carried outside and set upon the beasts. But in his excitement, he forgot the magic password.

"Baaz kon Kishmish," he commanded the rockface when he was ready to leave.

The rock face just stared back at him, unmoving. Astonished and confused, he named all manner of names, but the rockface refused to move.

Qasim stared at the closed rockface, getting redder and redder in his face and beginning to shake with rising fear and frustration.

He despaired. The harder he tried to remember, the more hopeless it seemed.

"Yeah," said Rosh. "But people forget things when they are worried. That's why you shouldn't study too hard or too long in the night before the exam."

"Because you would be so tired and stressed out the next day, that you'd forget even the easiest things. Like Simsim had slipped from Qasim's memory as though he had never even heard the word."

Qasim paced backwards and forwards over the Asharfis spread under his feet, unmindful of them.

He paced backwards and forwards around the gold and silverware, unmindful of them.

He paced backwards and forwards around the rich silks, garments and carpets, unmindful of them.

And he racked his brain. Again and again. But it just wouldn't come. And then he heard it. The sound of his death. But he did not recognize it immediately.

It came as a rhythmic drumbeat, slowly growing louder, slowly more certain - from the ground underneath his feet. Unbeknown to him, a cloud of dust had been rising high above the trees and moving rapidly towards him.

Hosh was biting his nails. Isha moved deeper inside the duvet. Rosh continued:

Qasim was sorely worried and anxious. This wealth, whose sight had so delighted him a few hours ago, now filled him with great grief and bitterness.

And then he understood the beat. The significance of this symphony. A rhythmic pounding of the earth by 80 hooves, followed immediately by another 80.

He sagged on his knees. And waited for his death. He waited, for those who would bring it with them.

Reaching the cave, the Captain and his troop dismounted. They were perplexed to see so many mules around. They did not care about strays, but it was a bad omen that so many of them seemed to have strayed so far from the town at the same time.

And an even more incredible coincidence that they had all then gathered outside the hidden cave entrance.

Filled with foreboding, the Captain called out to Simsim to open: Baaz kon Simsim!

At once it flew open. And then they saw him. They rushed upon him with their swords and killed him instantly. Then cut up his body in four quarters, and hung them up inside the cave entrance.

They searched the cavern, but found no one else. They unpacked the sacks Qasim had packed up and placed by the entrance, and put back the treasure where it belonged.

They discussed at length, puzzled at how Qasim could have had gained entrance inside their secret den. It was not possible for him to have dropped through the minute holes in the roof.

He couldn't have entered through the portal door either, unless he knew the magical password to open it. But that was impossible. Unless one of them was a traitor! And had given the password to him.

Worry creased every brow as the thieves shut Simsim and rode away that evening. Doubt had taken root in their minds. Could there be a mole amongst them? Their own brother?

They knew they would have to distrust each other now. It was their only defense against betrayal.

When night fell and Qasim had not returned, his wife was greatly alarmed. She went to Ali Baba for help.

"You know where he went," she wailed. "He hasn't returned yet. I have a really bad feeling about this."

Ali Baba tried to comfort her, but it was not much use. He feared the worst himself, but it was no use confessing his own premonitions to his already distressed kinswoman.

"Qasim is just being his usual cautious self," he offered. "He will return in dark tonight with the booty when there is no one around to see him bringing it in. Go home and wait for him."

Qasim's wife was still distraught, so he promised her that if his brother did not return by morning, he would go looking for him. She returned home, but found no peace, afraid that sharing her fear with anyone else could lead to more misfortune.

She wept all night in silent agony, cursing herself for her envy, which had caused all this trouble.

Ali couldn't sleep either. He tossed and turned in his bed all night, dreading having to do tomorrow, what he knew he must do.