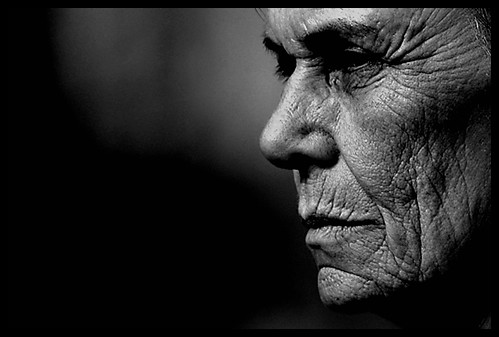 “Which organization have you selected, to donate money to, this week?” asked Isha.

“Dignity Foundation,” Rosh answered. “It really started as a magazine titled 'Dignity Dialogue' in 1995, to aid productive living among senior citizens with information, motivation and inspiration.”

“Its founder Sheilu Sreenivasan had stumbled across a magazine called ‘Modern Maturity’, published by the American Retirees Association (AARP). There was nothing like that then, in India.”

“So, she got inspired into publishing something similar, tailored to an Indian audience. The launch of her magazine received exciting coverage in over 39 newspapers and magazines. It was a novel idea, and the evolving India was ready for it.”

“Indian families have traditionally been joint and close-knit," Isha agreed. "So, Indian society has never really been called upon to chip in to care for its senior citizens. But after making 60 years of psycho-socio-economic contributions, no one else deserves this care more than them.”

“With medical advancements, Indians are living longer. But most are neither happier nor living more comfortably in the autumn of their lives. Economic pressures are shattering the joint families and the elderly are being marginalised just when their dependency on their families is rising.”

“It does not necessarily have to be like this for all," Rosh nodded. "By teaching the elderly simple skills that do not need much dexterity of fingers, it is possible to help them earn Rs. 100 (2 NZD) per day, which can be a great income supplement and esteem-booster.”

“There is strong gerontological evidence now that senior citizens can learn and cultivate new neural connections in their brains, and keep themselves fulfilled and fun filled in their sunset years.”

“Dignity discovered this very early on. In 1996, a volunteer team had evolved from amongst the subscribers of the magazine, primarily to visit senior citizens who were lonely. Loneliness is after all one of the greatest killers of life and corrupters of mind.”

“As volunteers started visiting older persons at home, they discovered incidents of Elder Abuse. A telephonic complaint registering system was set up in 1997 to help these abused elders.”

“Job counselling and post-retirement placement services were started to help retirees with skills and talents who wanted to continue working into newer jobs and second careers.”

“In 1998, Dignity Civic Services was launched in collaboration with Municipal Corporation of Greater Mumbai wherein 663 senior citizens worked as volunteers in the 'Cleaning Mumbai with Dignity' project. The project continues to this day in newer avatars in some 17 municipal wards of Bombay.”

“Four kiosks were also set up in Mumbai in collaboration with NIIT in 1999, to promote computer literacy among our grey power, and teach them Computer Skills, resulting in the first convocation of computer literate senior citizens. Such computer training classes are now being held in five cities.”

“Dignity also started an Investment Club for super annuitants with the help of HSBC in 1999. Regular talks were held for senior citizens in the premises of HSBC Mumbai for about three years, to discuss investment options and financial knowledge among senior citizens.”

“The same year, Mumbai Police enlisted the help of Dignity Foundation volunteers to help fight increasing crime against senior citizens in Mumbai. This eventually led to the publication in 2013, of an easy to read Handbook for Senior Citizens with relevant legal and other information.”

“The State Government of Maharashtra launched the Identity Card project in 2001, which helped expand the volunteer base of Dignity Foundation. By 2013, they had around 170 centres in Maharashtra, manned solely by volunteers, who together have issued over 10 lakh cards to date.”

“Their Rations to the Poor project started in 2002. Instead of handing over cash to the poor old, they began distributing basic provisions like rice, wheat, pulses, sugar, oil, etc. to help them lead a life of dignity. This programme was funded out of donations and was active in Mumbai, Bangalore and Pune.”

“The Dance & Movement Project they started in 2003, as a pastime activity for senior citizens, grew into full-fledged Chai Masti centres for Loneliness Mitigation, in multiple cities of India.”

“Other volunteer mobilization projects followed for various public works in Mumbai. Mahanagar Gas Company deployed the energies of Dignitarians for around two years for a very decent honorarium for patrolling its pipelines of 600 meters, to prevent accidents while digging. This brought the company a lot of domestic and international recognition too.”

“To serve people afflicted by Dementia (Alzheimer’s Disease, Parkinson’s), Dignity Dementia Day Care Centre was inaugurated in 2004 by the renowned neurologist Dr Noshir Wadia. Today, there are two daycare centres in Chennai and Mumbai, and a residential facility ‘Dignity Homes’ in Neral.”

“Using a separate Public Trust, Dignity Lifestyle (incorporated in 2004), Dignity developed a Lifestyle Retirement Township in Neral with a property developer in 2006, as an independent living facility with 62 cottages and other common facilities for the retired.”

“Dignity on Wheels was launched as an outreach programme in 2006, in collaboration with Lions Club of Bombay, to reach those poor Mumbai senior citizens who could not come to the Foundation office to avail of its services.”

“Inspector General Javed Ahmed flagged off the first Bus trip that visited all 24 wards of Mumbai for a week. The bus is able to visit poorer localities thrice a year. The Dignity volunteer group undertakes all publicity and awareness building activity when the Bus visits their locality.”

“Dignity also became a constituent member of AARP Global Network in 2006, a mega-corporation of senior citizens of USA, to learn best practices in the fast-growing ageing industry.”

“This resulted in its launching the Dignity Donor Privilege Programme in 2010, its annual membership scheme in collaboration with ICICI Foundation.”

“To salute its good work for giving the elderly dignity in their sunset years, I’ve decided to contribute this week to Dignity Foundation.”

Note: Donations by Indian and US residents through http://www.dignityfoundation.com/# or via https://www.giveindia.org/nonprofit/dignity-foundation are tax exempted under sections 80G (India) & 501(c)(3) (USA)