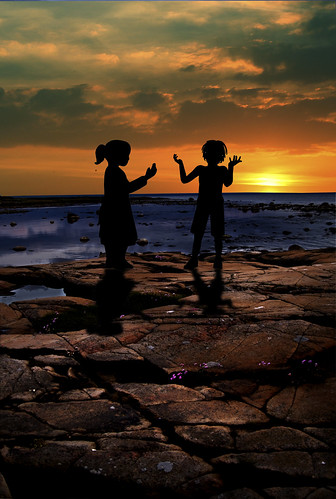 The family was watching David Attenborough describe in Planet Earth, a wildlife BBC documentary, the dangers green turtles faced in their battle for survival, after they were hatched.

“Human kids are similarly vulnerable in their childhood,” Rosh sighed after the film had finished. “Like these young turtles, they too seek a safe dawn. But it eludes many, who get forced into child labour, begging, thieving, organ trafficking, drug peddling or prostitution.”

“India's rapid economic growth has left many behind - its poor kids, senior citizens, women and tribal populations. Kids get marginalised wherever there is poverty or war in the world. Much is being done about it. But much more remains to be done.”

Isha waited for him to say more. Perhaps he was leading up to tell her who he had decided to donate money to, this week. She wasn’t wrong.

“SOS Children's Villages,” Rosh continued, “was the brainchild of a young Austrian medical student, by Hermann Gmeiner, who was moved by the suffering of the many orphaned and abandoned children he saw after World War II.”

“Dr Gmeiner believed that what orphaned, destitute and abandoned children needed most of all was a family - in which they could find roots and love. And develop normally."

“The first SOS Children's Village was established in Imst, Austria in 1949. Offering a holistic (family, community, education and support) family-based care in a village model it helped needy kids successfully transition from childhood into adulthood.”

“Such kids were supported in individual houses with a resident ‘mother’ (or, sometimes, a father or couple), which helped them not only recover from emotional trauma and avoid the dangers of being isolated, abused, exploited and deprived of their rights, but flourish.”

“This provided a much better alternative to institutional orphanages. Seeing the good results, SOS Children’s Villages and youth facilities began to grow throughout Europe.”

“Its international umbrella organisation, SOS-Kinderdorf International, was founded in 1960, long after national associations had already been established in France, Germany and Italy in addition to the original Austrian association.”

“SOS arrived in India in 1963. The first Indian SOS Children's Village was inaugurated at Greenfields, Faridabad in 1968 by India's 3rd Prime Minister Mrs Indira Gandhi. Today, SOS villages exist all across the country, and SOS India is now the largest operation within the SOS International Federation of 134 countries.”

“Typically (in the developing world) about ten children are grouped into a house with an SOS mother and between ten and forty of such houses are grouped together as a ‘Village’ with shared facilities. Family groups once formed are kept together as a priority.”

“SOS also now provide support to biological parents in dire straits, as a part of their Family Strengthening Programme, to strengthen their capacities as caregivers for their children, as a preventive measure to contain the abandonment of children by their own families.”

“Today SOS Children's Villages is an independent, international, non-governmental, social development organisation (NGO) which provides care, education and health services to children who have lost, or who are at risk of losing parental care. Its childcare concepts and educational principles have now come to be recognized throughout the world.”

“With over 2,000 Village facilities in over 550 villages worldwide providing a home-like environment and long-term support to all kids under their care, up to the age of 24, SOS Children's Villages is now the world's largest organization dedicated to the long-term care of orphaned and abandoned children.”

“SOS runs 192 schools across the developing world, exemplary amongst whom are the SOS-Hermann Gmeiner International College (SOS-HGIC) Ghana, West Africa. It also gets support from community groups, schools and individual donations, through participation in World Orphan Week - an international week-long event promoting awareness of the needs of such children.”

Note: Donate, or sponsor a child or even a whole village through https://www.soschildrensvillages.in/donate-now. All donations by Indian tax residents to SOS India are 50% tax exempted u/s 80G of Indian Income Tax Act 1961. Donations by Indian and US tax residents through https://www.giveindia.org/program/Help-abandoned-children-get-access-to-love-and-care# are tax exempted under sections 80G (India) & 501(c)(3) (USA)