"Pa", Hosh said, "I've written a speech for presenting at school. Will you hear it?"

Rosh turned around on his swivel chair and nodded at his son. Work could wait.

"Honesty is the best policy, they say." Hosh began, "Even if it were, then by elimination, dishonesty would the second-best policy. But I am going to try to prove that dishonesty is more rewarding."

"While we say we value honesty, we actually value dishonesty. Obviously dishonestly, we just don't call it dishonesty. We call it Tact or Social Grace."

"In our world where only the fittest survive, we learn to lie from a very early age. Lying is, after all, a very important survival skill. We lie to avoid awkwardness or punishment. We lie to maintain relationships and please others. But most of all, we lie to please ourselves. Whether we're adorning our credentials or fortifying our stories, we often tell untruths to make ourselves appear and feel better."

"Even on the receiving end of a lie, we are dishonest with ourselves. If we hear what we want to hear, true or not, we accept it and move on. There is no motivation to probe further. Why would there be? Would a girl want to hear that she looks ugly or fat? Or a boy like to know he is good for nothing? Or a waste of oxygen?"

"Often, we don't actually want to hear the truth. When we ask a friend if we did a good job, for instance, we want the response to be yes, regardless. So, dishonesty raises people's self-esteem, helping to promote the hard work needed in society."

"In reality, we consider those who are too honest to be blunt, crude, antisocial and even pathological. Accomplished liars come across as polished, sophisticated, tactful and mature. According to a 2005 article in Forbes magazine, a study found that youngsters, who were most popular with their peers, were the ones that were the best at being dishonest."

"So lying works, and is good for us. When we do it well, we get what we want. If we don't get what we want, we know that we need to improve on our lying skills. More lying practice is needed. That's why we lie all the time. Tests conducted in 2002 by a psychology professor, Robert Feldman, showed that students told three lies on average per ten minutes of conversation."

"And that number is likely to be far too low. Obviously, we're lying about how much we lie. Because we lie in many different forms. Not only verbally, but also with misleading body language or facial expressions."

"In fact, we lie so readily that the dishonesty becomes automatic. According to David Smith, director of the New England Institute at the University of New England and author of Why We Lie, we're not even aware of the lies we tell most of the time."

"He says we lie best when we don't know we're lying. In hiding the truth from ourselves, we're able to hide it more fully from others as we don't have the nervousness or broadcast the tell-tale signs of unease that the intentional liar has."

"Dishonesty is good for health. "It takes more work to tell a lie than it does, to tell the truth," says Maureen O'Sullivan, professor of psychology at the University of San Francisco. So when we lie, we are exercising."

"'Honesty is the best policy' is in itself, the greatest surviving lie. As usual, we believe in it because we want to believe in it. It is a lofty ideal, though impractical as well as being a poorer paymaster."

"The ability to deceive is a prized adaptation for life, and not so just in the world of humans. A team of Australian ecologists discovered that some male fiddler crabs "lie" about their fighting ability by growing claws that look strong and powerful but are in fact weak and puny. These deceptive claws are used to attract females or fight rival mates."

"Findings published in another journal Nature show how dishonesty is far better than honesty. Some male cuttlefish pretend to be females. This allows the runts to get closer to females of reproductive age. Marine biologists in Australia have found that the female impersonators fertilized female fish in 60% of their attempts - a success rate about twice that of "honest" male cuttlefish."

"1. In prison... you get three free square meals a day.
At work... You only get a break for one meal and mostly have to pay for it yourself."

"3. In prison... you can watch TV and play games.
At work... you get fired for watching TV and playing games." 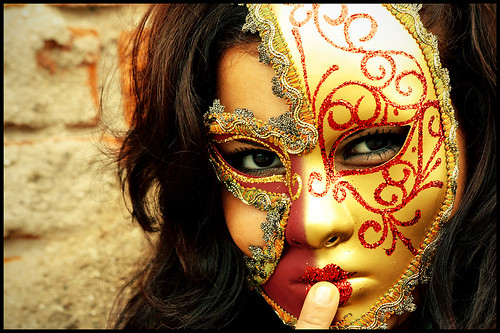 "It has therefore been demonstrated conclusively that Honesty is the worst policy."

Hosh smiled as he concluded, pleased with his impregnable argumentation. Rosh had not interrupted him once, nor objected to anything. He had listened with undivided attention throughout and still sat looking at his son compassionately, pondering quietly.

"What do you think Pa?" he asked impatiently.

Next TaleTown Story: King And The Astrologers