The Right To Life

Previous: The Right To Die 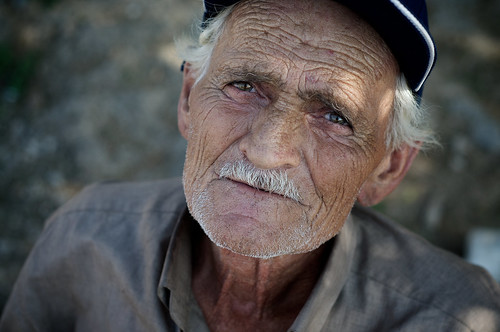 "Drawing of Labour MP Maryan Street's bill ," Rosh smiled, "from the member's ballot in New Zealand (NZ) Parliament may change all that."

"Anyway, Tony Nicklinson's argument was that his stroke has condemned him to living in conditions in which he is deprived of all usual dignity and the law has deprived him of the right to say enough is enough."

"But the UK Court ruled that allowing Euthanasia could not be a decision of the Court as such decisions must be made by Parliament."

"Within the current legislature, the UK Court could not justify the right to kill under an individual's private affairs despite voluntary consent, as this would cheapen the right-to-life for others."

"The protection of all its citizens by State was deemed to be of greater importance than the respect for an individual's autonomy."

"While there is no explicit right to privacy in the NZ Bill of Rights Act 1990 (NZBORA)," Hosh responded, "both the International Covenant of Cultural and Political Rights (ICCPR) and European Convention on Human Rights (ECHR) protect the Right to Privacy."

1. Everyone has the right to respect for his private and family life, his home and his correspondence.

2. There shall be no interference by a public authority with the exercise of this right except such as is in accordance with the law and is necessary in a democratic society in the interests of national security, public safety or the economic well-being of the country, for the prevention of disorder or crime, for the protection of health or morals, or for the protection of the rights and freedoms of others."

"The Privacy Right also provided the basis for Debbie Purdy's win in 2010, when five British Law Lords unanimously ruled that Debbie had the right to choose how she died."

"Under Article 8 of ECHR, they quoted: Everyone has the right to respect for their private life and the way that Ms Purdy determines to spend the closing moments of her life is part of the act of living. Ms Purdy wishes to avoid an undignified and distressing end to her life. She is entitled to ask that this too must be respected."

"Following Debbie's win in 2010, Guidance was issued by the Director of Public Prosecutions (DPP) in UK - but no law change followed."

"Factors listed in the DPP clarification which would be taken into consideration when deciding if someone would face prosecution for helping someone else to die included whether the victim had reached a voluntary, clear, settled and informed decision."

"Particular emphasis was given to the motivation of the suspect. They would be expected to have acted wholly compassionately and not for pecuniary gain. So, individual circumstances of each case still need to be investigated."

"Similar reasoning had decades ago, echoed from across the Atlantic in the case of Sue Rodriguez. She was a 42-year-old Canadian woman, who had amyotrophic lateral sclerosis."

"Her life expectancy was between 2 and 14 months. She was expected to lose ability to breathe, swallow, speak, walk and move her body without gross medical intervention."

"Disallowed to legally commit Physician-assisted suicide (PAS) when she was no longer able to enjoy life by both the Court and Court of Appeal, she appealed the decision in the Canadian Supreme Court. The Supreme Court denied her too, but with a five to four split."

"In this case, Justice Cory (dissenting) had written that the right-to-life, liberty and security emphasize the innate dignity of human existence, and therefore, dying with dignity should be protected as well as other aspects of the right-to-life. State prohibitions that would force a dreadful, painful death on a rational but incapacitated terminally ill patient are an affront to human dignity."

"Yeah, but the majority of judges in Sue's case," Rosh countered, "opined that for fundamental justice, both the State's and individual's interests had to be balanced, as the respect for dignity, while one of the underlying principles upon which society is based, is not a principle of fundamental justice."

"They said that the blanket ban on PAS fulfils the government's objective of protecting the vulnerable, is grounded in the state interest in protecting life and reflects the policy of the state that human life should not be depreciated by allowing life to be taken. This state policy is part of our fundamental conception of the sanctity of life."

"Religious groups also argue that we do not have the right-to-die as life is not ours to decide what to do with. It is up to God's will. Whether we go suddenly or linger in pain before the final journey when our time's up, is up to God."

"Yet, we create and prolong human life," Hosh argued back, "We delay death. We offer In Vitro Fertilisation (IVF) to couples unable to conceive by natural methods."

"We save preterm babies who would have died without medical intervention. We use technology that allows us to keep people alive for longer than their vital organs warrant."

"Obviously, none of this would have been possible had God not willed it!"

"Science can extend life but cannot revive the verve to live or the will or ability to enjoy it. Nobody wants to end their life if it was livable."

"God granted us intellect to discern and choose. We should responsibly improve our lives, as we are blessed with the power and knowledge to do so. And pray God grants us the serenity to accept the things we cannot change; courage to change the things we can; and wisdom to know the difference."