Think Outside The Box 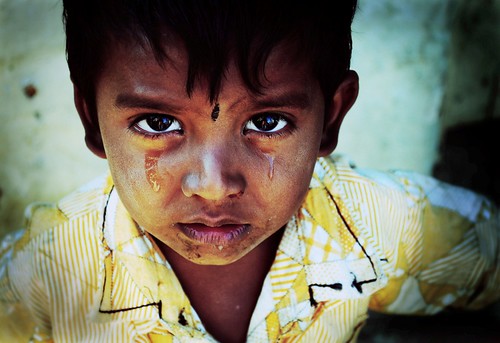 "How are your exam preparations going?" asked Rosh.

"My teacher doesn't think I'll make it," answered Josh. "They think I've lost too much time."

"And what do you think?" Hosh sighed.

"I think they are right," answered Josh.

"Have you become too lazy to even think for yourself," retorted Rosh, "that you've delegated even the task of deciding what you can or can't do, to your school teachers?"

When Josh did not reply for a long time, Rosh's sudden anger slowly subsided. He sighed.

"Sure, you may have lost some time," he said, "but all is never lost. Not until you concede that it is lost. Think outside the box."

"If you never dream of achieving anything, you'll never achieve anything. Dream! Plan! Then do! And you'll get there. That's all there is to it."

"Easier said than done," Josh defended. "You don't realize the extent of my troubles."

"Don't I?" Rosh asked. "You think you have problems. India ranks 135 out of 187 countries on the United Nations' human development index, which measures social and economic progress."

"That places it behind China and Brazil, and only slightly ahead of Ghana and Bangladesh. According to the United Nations Development Programme (UNDP), nearly a third of Indian population survives on less than $1.25 a day. Want to know about their problems?"

"THEY have problems! Much bigger than yours. Yet they fight. For a better tomorrow. Everyday. And there are people who are working on those problems, as we speak. People like you. No different from you. Who are striving to create solutions."

"Time magazine recently named six inspirational young people in its first class of next generation leaders. People, it said, who are leaders of tomorrow because they are working hard to change their worlds today."

"A 28-year-old Indian architect, Alok Shetty, is one of them. Why? Because of his pioneering work in designing affordable flood-proof houses for slum dwellers."

"Time writes that Shetty is building hope in India, as an architect who is finding simple solutions to complex problems."

"His father had a construction business, and he spent a lot of time at those construction sites as a child. He observed, and thought, and asked questions. But he did not delegate his problem solving to others."

"When studying architecture in Bangalore, Shetty, then 19 years old, won a competition that led him to redesign a multi-specialty hospital in Jaipur. Before drawing up his blueprints, he spent months talking to the staff and patients, identifying their problems and incorporating solutions in his design."

"He discovered, for example, that post-operative patients were wheeled through public corridors through which the recently deceased were also transported, leaving patients prone to infections."

"His solution: a service corridor to transport dead bodies and a separate, sterile corridor to move patients out of the operating theater."

"Drinking water was another problem as Jaipur suffered from regular shortages in supply. Shetty's answer? Equipping the building with a rainwater-harvesting system to allow the hospital to build up its own reserves during the rains."

"Despite getting his Master's in Architecture at Columbia University, Shetty has continued to place India's social concerns at the heart of his practice. Working with a non-profit organization Parinaam Foundation, he has designed a house for Bangalore's LRDE slum dwellers, most of who live in makeshift dwellings made out of tarpaulin and plastic sheets."

"These routinely flooded during heavy rains in the annual monsoon season, turning them into breeding grounds for diseases like malaria and typhoid."

"Conventional bricks-and-mortar houses would keep the water out. But they would also be too expensive for the slum-dwellers, most of whom earn only about 10 USD a day."

"Made up of discarded scaffolding, bamboo and wood, Shetty's houses cost only USD 300 each. Scaffolding is jacked up one foot above the ground and then bamboo and wood is added."

"The units can house a family of four, can be dismantled or erected within 4 hours, and are portable. Perfect for poor squatters, like construction workers, who could be evicted anytime."

"Now he is seeking government subsidies to bring the price down further for those who cannot afford these units."

"We are also experimenting with developing lightweight construction bricks from trash," he told Time. "The idea is to use them in earthquake-prone areas so even if buildings fall, the damage would be limited."

"How do they fund these projects?" Hosh asked.

He had seen his father talking to his brother, and had stopped by to listen.

"By making money from run-of-the-mill projects," Rosh said as he turned around, "so they can work on socially useful projects. They set aside one day each week brainstorming projects that would add value to the society. The slum development project came up during one of those days."

"They are not doing charity. 'I don't think charity does anyone any good,' he says. 'It only makes people lazy. Sure, we waive our architecture and design fees. But we sell the final product at a subsidized cost'."

"They want to stick to doing what they were doing 30-40 years back, because it still works. Routine lessens their work, and there is no need to fix what isn't broken."

"But Shetty was much influenced by the Japanese concept of kaizen, meaning good change, where they take up a perfectly functioning product and then break it down and rebuild it to make it better. It's called the continuous improvement of processes."

"He recently met tribal communities who inhabited in a rain forest, and witnessed how fiercely they protect their land. It hit him that he was part of the industry contributing to taking their forests down."

'That makes me question all our design practices,' he reflected, 'and ask how can we change it, how can we improve it and most importantly how we can make our footprint even more minimal.'

"In ancient Indian buildings, like the ones you saw in Fatehpur Sikri, passive cooling was very important. They analyzed wind patterns, directions where the sun rose and set, and turned their buildings to capture the wind and light (or escape the wind, as the case may be in a desert)."

"Inspired by this, Shetty did a hotel project in Bangalore where they designed a façade or skin in front of the building, which was almost porous in nature so it harnessed the wind power and tunneled it in the building, cooling it down, and bringing down energy and air conditioning cost by almost 30%."

"After they designed the hospital in Jaipur, they designed small clinics for women and children in rural areas, developing a bamboo model based on World Health Organization's AIDS camps in Rwanda. But because of funding issues it couldn't be implemented."

"In Rwanda, WHO planted bamboo in a circle. It grows by three feet every day. Then they put a sheet over it. It grows to become a hut."

"Infrastructure for health care and education is also severely underdeveloped in most of rural India," says Shetty, "with 70% of the country's health infrastructure concentrated in its top 20 cities."

"Building facilities in these areas is not impossible but it is time-consuming. Adaptive architecture can be an extremely effective solution to help address our developmental problems."

"As a child at his father's construction sites, he used to notice a lot of waste that accumulated at these sites. Sometimes they could sell this for scrap, but mostly they had to pay someone to clear the debris."

"I used to think," he told Time, "there could be a way to use all this waste. This thinking led me to the idea of recycling discarded shipping containers."

"While studying for his Master's in architecture at Columbia University in New York, his class received a design challenge from TED Talks, to design an auditorium for the spoken word that could go anywhere."

"His class won the award. Shetty, along with two friends, created the Black Box Theater, a 40-foot shipping container that completely opens out to become a 250-seat mobile auditorium in around four hours."

"Now back in India, Shetty has adapted the design to create mobile clinics and schools that he says can be attached to trains. The idea is to use the country's vast rail network, one of the world's third largest, with nearly 70,000 miles of track - to deliver these redesigned containers to distant regions."

"If Shetty's prototype clears the testing phase in 2015, India's trains could soon be delivering ready-made clinics and schools all over the nation. They might get dropped off at a village by one train, only to be picked up later by another. Wherever needed, they could be installed as portable school or health clinics."

Next Story: Perils Of Teen Bodybuilding