Previous: The Right To Life 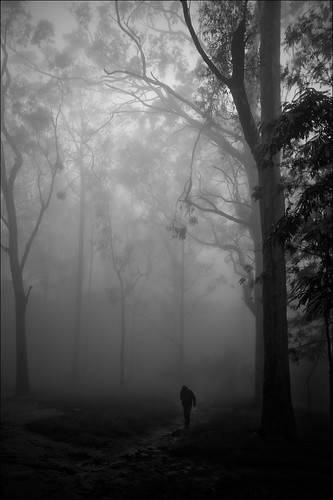 "Disability Rights groups," Rosh counterargued, "and Anti-Euthanasia campaigners argue that the law protects a multitude of vulnerable by its absolute blanket Thou shalt not kill."

"If State accepts the right-to-die, its motives of protecting the right-to-life by providing palliative care, etc. become contestable."

"The risk to vulnerable, including elderly, disabled and poor increases as our population ages since medical and financial resources are limited."

"Not only might Euthanasia become the easier option for patients, but also for physicians and society."

"Enforcing the right-to-die by law puts society on a 'slippery slope' with huge potential for abuse."

"Its interpretation can eventually reach a point where what is allowed would have been unacceptable initially."

"Slippery Slope is not guaranteed," Hosh contested, "Since Physician-assisted suicide (PAS) was legalized in Oregon 15 years ago, only an average of 65 lethal prescriptions have been written each year and not all who were prescribed took the pill."

"Even though Dignitas has existed since 1998 and has since been in public awareness due to high profile cases, only an average of 20 Britons each year have visited Dignitas in the last decade. No New Zealanders have used Dignitas."

"People argue that when suicide is legal, Euthanasia for those who cannot commit suicide without aid should be legal too."

"Those who attempt suicide and fail are not prosecuted. Those incapable of killing themselves are unable to exercise their right-to-die."

"Prescribing Euthanasia for terminal illness, as could become norm for commercial reasons and for the greater good (which is also a subjective construct) is discriminatory and undermines the right-to-life of disabled people."

"Estimated prognoses are also not always accurate but they condition the patient into taking easier exits. There are many examples of people with severe disabilities who wanted to die initially but were able to accept and enjoy life with the right support."

"Alison Davis had spina bifida and hydrocephalus, emphysema, arthritis, lordosis, kyphoscoliosis and osteoporosis. She needed increasing doses of morphine as even that didn't always alleviate her pain."

"When pain was at its worst she couldn't move or think or speak. About 20 years ago, she had a settled wish to die that lasted about 10 years, during which she tried to commit suicide various times."

"Doctors did not believe she had much longer to live. She said: Had Euthanasia or assisted suicide been legal I would have missed the best years of my life."

"Our society does not encourage suicide," Rosh continued, "We may glamourize death, but we cherish life. We are forever trying to live longer, healthier, happier. People attempt suicide as their last resort and not as their first choice. Those who attempt suicide and fail need support not condemnation."

"We should focus on increasing support, social integration and acceptance of such estranged souls to prevent suicide (and promote right-to-life) rather than extending support to assist it."

"This logic applies not only to the healthy who attempt it, but also to the terminally ill who suffer in their restrained existence. Suicide may be a choice one has, but it should not be made an easy option."

"According to his brother: the book was clearly the answer to his dilemma of how to commit suicide without feeling any pain. ... when he got his hands on the book, he was no longer interested in psychiatric help or therapy."

"One can speculate whether or not Adrian would have enjoyed life if and when he recovered from depression, but the fact remains that that possibility was lost to him forever once he took his Final Exit."

"Suicide is not a right, as argued in the case of Pretty v UK. So the issue of equality right does not even arise in this matter. Allowing PAS is encouraging suicide."

"If we had a right to suicide, State would protect it, and obstructing suicide would be punishable by Law. But the State does not protect Suicide."

Next: To Be Or Not To Be