Is Cancer Not A Disease? 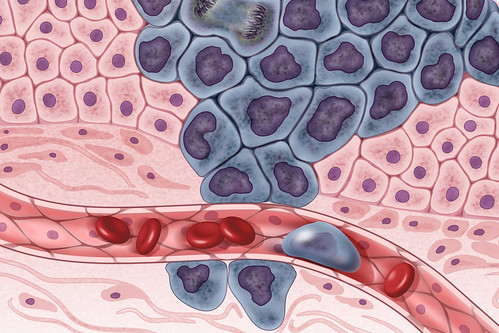 Is Cancer Not A Disease?

Abnormal cell growth is an issue as it steals glucose from normal cells & grows at their expense.

Previous Story: Neither Friend Nor Foe

Hosh looked up from his work, when the WhatsApp family chat group beeped on his smartphone.

A provocative health tips video titled ‘Cancer Is Not A Disease’ had been shared (see video below).

“Thanks for sharing this, Buaji.” He typed in response. “But this stuff is controversial. Please look at all the evidence and make informed decisions for your health. Here are my thoughts on this:”

“Laetrile or amygdalin, which they refer to as vitamin B17, is not a true vitamin. Also, it is falsely promoted as a safe anti-cancer treatment. At best, I would think it would work like a chemotherapy drug - its active ingredient is cyanide. Used at wrong or unmonitored concentrations, cyanide is poisonous.”

“A Cochrane review in 2015 summarized the evidence on laetrile by saying that claims that laetrile or amygdalin have beneficial effects for cancer patients were not currently supported by sound clinical data."

“Also, just because scurvy was caused by vitamin c deficiency, did not necessarily mean cancer could be cured by a single vitamin.”

“Eating a balanced diet rich in fresh fruits, beans, grains etc. will no doubt be beneficial to health, but I doubt eating concentrated amounts of apricot pips or capsules with this laetrile will be good for you.”

“Well argued,” Rosh wrote back. “Cancer is a malignancy with abnormal cell growth, where cells divide uncontrollably and destroy body tissue. There are over a 100 type of cancers. So, it seems logical to conclude that such a multitude of abnormal cell growths may be incurable by a single vitamin.”

“Everyone has cells in their body that could become cancerous. Yet, one may never get diagnosed with cancer, while another may! But are all rogue cells cancer? No, some need no treatment. Many aren’t even ever diagnosed.”

“Cancer becomes an issue because cancer cells consume 15 times more glucose than a normal cell. Since they steal glucose meant for the non-cancerous cells, the normal cells get much less glucose and become very sick. This causes many problems. Hence the stigma and fear the term ‘cancer’ generates.”

“I think Cancer will reveal to us one day, how some of our earliest ancestors lived for hundreds of years. It carries in its bosom the secret of immortality, if someone cares to find it.”

“Well,” wrote Rosh. “The human body is made up of trillions of cells, and Cancer can start almost anywhere in it. Normally, human cells grow and divide to form new cells as and when the body needs them. When cells age or get damaged, they die, and new cells take their place.”

“When cancer develops, this orderly process breaks down. As cells become more and more abnormal, old or damaged cells survive when they should be dying, and new cells form, even though they are not needed. These extra cells can divide without stopping, and may form growths called tumors.”

“So, cancer cells are able to ignore signals that normally tell cells to stop dividing, or that begin a process known as programmed cell death, or apoptosis, which the body uses to get rid of unneeded cells. Find out how the cancer cells do this, and you will have the elixir of longevity. Make Hydra your Guru!”

“But let's focus on cancer treatment for the moment. The shared video presented its case weakly, but it does offer the idea of natural cure – using vitamin B17 in this case - as a viable alternative to orthodox medicine.”

“While Hosh rightly cautions against laymen experimenting with dangerous ingredients (cyanide), poisons have been used as treatments for centuries. Western medicine itself uses Warfarin, which is rat poison, to thin blood in certain cases, and it helps people.”

“Chemotherapy, which is a common Western medicine treatment for cancer, is itself toxic to all human cells. It does not differentiate between good and bad cells."

"It kills all cells, but the treatment is still given in the hope that it will kill all (or most) rogue cells, even though there will be collateral damage, to give the good cells a chance to live again.”

“Even if specific nutrients, such as laetrile or Vitamin B17, do not safely or gently kill the cancer cells, the alternative medicine field holds great promise.”

“The number one plant or herb in the world, identified as successfully killing H. pylori is turmeric. In fact, Turmeric is also one of the top herbal treatments for cancer.”

“Very interesting,” Hosh wrote back, after he’d dug up the relevant researches on the internet. “I didn’t know the potential of turmeric was being studied until you pointed it out, and I'll be interested to see what comes of the research!”

“The active ingredient in turmeric useful against Helicobacter pylori was curcumin, though. Pure turmeric powder has the highest curcumin concentration, averaging 3.14% by weight."

“In one study, 25mg/kg of curcumin was fed to mice inoculated with H pylori for 7 days consecutively. The damage caused by H pylori was decreased or reversed with curcumin in this study. Also, H pylori had been eradicated when checked at 3 weeks.”

“However, this study was done in mice - not humans, and it is just one study with a small sample size of 24 (12 in control and 12 in experimental groups).”

“To eradicate H pylori in a 75kg human by making him eat haldi daily for a week, you'd have to make him eat 1875mg/day curcumin (60g/day turmeric). That is about 20 teaspoons a day...”

“Point scored,” acknowledged Rosh, “but look at the possibilities. You could always fine-tune dosage and treatment periods so long as you knew what works. Turmeric & honey and Ginger & honey combinations are reputed to be cancer cures. Cinnamon gets mentioned too.”

“Indeed Pa,” wrote Hosh. “I don't know many things. So, there is always an opportunity to learn from these discussions, shared videos and from the wisdom of familial home remedies. But for the record, Cancer is not just A Disease. It is the name given to a collection of related diseases!”