Am I Rich Soil?

Previous Story: I Am Jesus’ Sower 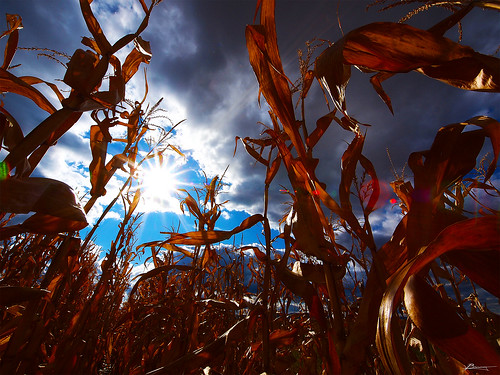 Isha walked silently with her sons, listening to them talk.

As she drove them home from the hospital, she couldn't help wondering, 'Was it his monetary investments he was talking about? Or us?'

'He is our teacher. For as long as he was with us, he tried to teach us. To make us independent and self-reliant.'

'What would he expect me to do now? Help me now, God. Show me the way.'

'What was it Jesus had said to his disciples after relating his Parable of the Sower.'

'He who has ears to hear, let him hear.'

'Lend me the ear, God,' she prayed silently.

After the kids had dined and gone to sleep, she went to Rosh's library. She found the Bible, and read from it.

She sat down in Rosh's chair and put the Bible down on his table. The room smelt of Rosh. She moved a finger along the side of his armrest and looked at the black leather upholstery on which she sat.

He was here. He reached out to her. She closed her eyes. Thoughts flashed like fireflies on the troubled canvas of her mind, but his smell pervaded her, and gave her peace.

'The word is the seed,' he whispered into her subconscious again from a time long long ago, helping her, speaking to her, holding her hand, as he had done when they had walked up the mountainside of Kullu Manali. He had been talking of Mahabharat - the Sanskrit Hindu Epic of ancient India.

"Dronacharya (Teacher Dron) taught archery equally to all his students," he had said, "yet Arjun excelled the others in mastering it. The seed which falls in a rich and ready soil bears the greatest fruits."

"Suyodhan meant skilled warrior. He became a great warrior, vindicating his name. But seeds that fall amongst thorns do not develop fully to return a bounty."

"Not because of the soil underneath them, that is rich enough, but because of their environment. Bhishm provided loving care to all his grandchildren, Dron taught all the Kuru princes well."

"Yet the Kauravs, especially Suyodhan, was amongst thorns. Shakuni did not let the seeds of Dharm flourish in the child. And so, Suyodhan became Duryodhan. Good warrior turned evil. Skilled, but stunted."

"Shakuni is not necessarily a person outside us, not necessarily an external influence. Our ambition, our anger, our envy, our hatred. These can become Shakuni too, corrupting us on the inside, making it impossible for the good seed to take root or for it to flourish even in good soil."

"The path received the seeds too, but it was not ready for them. Its focus, its orientation was elsewhere. The purpose of its being was different. Sushasan was mightier than Bheem, it is said, yet what ignominy he suffered."

"He was too focused, too devoted, too doting on his elder brother. Love is blind. When one is in love, there is no room for anything else. Not for honour, not for glory, not for individual achievement or growth."

"Soil yields, paths don't. Yet, none is inferior to the other. Paths can still be broken, can still be converted, but rocks have a heart of stone. There is scant chance of seeds taking root there."

"So, seeds sown on inappropriate ground, on rocky ground, are lost forever, because they cannot take root. Because the ground is not ready for them. Dhritrashtra listened to Krishn Gita too, but those seeds were lost forever there."

"Shakuni lived a big chunk of his life in the shade of the Bhishm tree, yet remained untouched by the great man's life and grace. Consumed by hatred, the soft pliable soil of his heart had already metamorphosed into unyielding rock."

'Which type of soil are we,' she thought, 'my kids and I? Which type of soil will we prove to be? Only time will tell. But I feel ready, good and fertile. I want to receive his seed. Oh God, please don't take him from me. Not now. Not yet!'

Sleep overcame her, as she sat pondering on whether the seeds he had already planted would take root, or whether they would wither and die? Whether Rosh would be given more? Or whatever he had, had been taken away from him?

Next Story: Kingdom Of Heaven