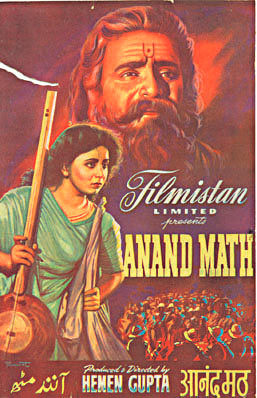 How should one live their life today? With faith, and fearless action!

Previous Story: Eye Of The Beholder

“No,” smiled Rosh. “Jana Gana Mana is India’s National Anthem. Vande Matram would have been a more appropriate National Anthem though, as National Anthems are generally patriotic musical compositions which evoke and eulogize the history, traditions and struggles of their people.”

"Both these song renditions have remained unparalleled in over half a century, despite various attempts by many other singers to recreate their magic since their original recordings.”

“Jai Jagdish Hare was no religious indulgence. It was filmed as a reasoned call to arms, with powerful behavioral suggestions. How should one live their life today? With faith, and fearless action!”

“Even without its clear spiritual and pregnant psychological messages, it remains an extraordinarily moving song, due to its poignant rendition and its rich cultural heritage.”

“Is it really a song?” Isha wondered aloud, “or just a collection of some incomprehensible hard core Sanskrit shlokas.”

“The Sanskrit verses of Jai Jagdeesh Hare are from Dashavatara-Stotram,” Rosh replied, “the first hymn of Jaydev Goswami's magnum opus: Geet Govindam, which literally means The Song Of Vishnu.”

“Jaidev’s Dashaavataar was a lyrical composition of the 12th century, as Jayadev Gosvami lived circa 1200 AD, and was reportedly a court poet of King Lakshman Sen of Bengal.”

“Jayadeva’s Dashavatar Strotam described the 10 incarnations of Vishnu. In Satyug: Matsya - the fish, Kurma - the tortoise, Varaah - the boar, and Narasimha – the half-man half-lion.”

“Followed in Treta Yug by Vaaman - the dwarf, Parashuraam - the scholar warrior, and Raam - the perfectly obedient prince. Then Krishna from Dwapar Yug, followed by Buddh in Kaliyug and the still to come Kalki - the terminator.”

“But the song picturized on Prithviraj Kapoor and his real-life daughter-in-law Geeta Bali (wife of Shammi), contained only 5 slokas: those about Meen (Fish), Waman (Dwarf), Ram (King Raam), Buddh (Gautam Buddha) and Kalki.”

Isha was listening with rapt attention.

“It is impossible for me to translate these verses verbatim as a poem,” he sighed. “I can’t even transliterate the lyrics for you, because the beauty and force of its Sanskrit poetry will be lost.”

“But I will make an effort to share with you, what this song says to me, so you can understand why it moves me so.”

“All the names of Vishnu have a story or meaning hidden in the name, describing something he did or a characteristic he had. He did a lot of things for the greater good, so he is the God with the greatest number of names, at least a thousand of which are noted in Vishnu Sahasranaam.”

“Sahastra means a thousand in Sanskrit. M.S. Subbalaxmi pronounced them all perfectly in a beautiful classical Carnatic song, which I absolutely love listening to, whenever I am in the mood.”

“So, Anand Math’s song Jai Jagdeesh Hare begins by remembering Vishnu. I am thinking of you, O Vishnu, destroyer of Mura, and slayer of Madhu and Kaitabh. O Gopal, O Govind, O Mukund - the brave.”

“In the ocean waters apocalypse, the Sanyasi chants, you saved knowledge (by saving Life itself!). You arranged (Sanskrit: vihita) a boat (Sanskrit: vahitra), because it is in your nature to relieve suffering.”

“I am thinking of his victories, she says. Glory to the Lord of Universe.”

“But the wily British are her husband’s foe and his own oath is his enemy. One way or the other, he is rushing to his doom. The sanyasi’s return signals his impending death.”

“Even as she repeats the Avatar’s name and remembers His miraculous achievements, she is devastated by the thought of her husband’ fate. She doubts the omnipotent Lord will be coming to save him.”

“And this is how this whole song has been picturized. The Sanyasi reminds her of yet another Avatar. She repeats the Avatar’s name, affirms His glory, but finds no comfort in her remembrance. The pitch of the song reaches a crescendo when Kalki is finally named.”

"The Sanyasi believes that Shanti's (Geeta Bali's) husband will be like Kalki for India, ridding the motherland of British, however powerful, by winning a righteous war. But what solace can the glory of motherland offer to a grief-stricken widow?"

“The marvelous dwarf tricked Emperor Bali,” the Sanyasi reminds her. “The life giving Ganges that flew forth from His toenail delivered all beings within this world.”

“Keshav took the form of the midget Waaman (who when offered to claim what land he could in three steps, tread all three worlds in three massive steps). Think of his victories. Glory to the Lord of Universe.”

“Keshav’s incarnation Vaaman,” she repeats. “I remember his victories. Glory to Lord of the Universe.”

She chants His holy name but her body language suggests that the thought of her husband’s certain death terrifies her. His foes are just too powerful.

Next Story: Glimpses Of Greatness