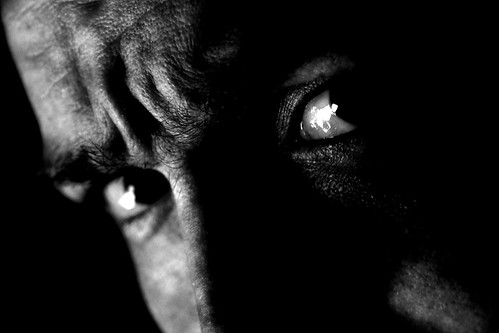 Vietnamese Zen Master Thich Nhat Hanh shows how anger dissipates not from paying it lip service, but by mindfulness of it.

"When I make Pa angry, he growls at me," Little Hosh had big tears in his eyes. "When he makes me angry, nobody growls at him."

"Anger is punishment in itself," whispered Isha, as she hugged him silently. "We are punished enough by our own anger."

"It's so unfair," Hosh wasn't convinced.

"Do you think he feels happy when he has growled at you?" she asked him. "He suffers too."

"And sometimes, you can also be so annoying you could upset Amitabh Buddha."

"Who is Amitabha Buddha?" asked Hosh.

"Buddha Amitabh is probably the best known Buddhas in many Asian countries. He is considered to be a Savior, and one of the five 'self-born' Buddhas (dhyani-buddhas) who are said to have existed eternally."

"According to Mahayana Buddhism, he appeared as the historical Gautam Buddh (Gotama), and as the Bodhisattva (buddha-to-be) Avalokiteshvar."

"In his book Being Peace, Thay tells the story of a woman who practiced reciting Buddh Amitabh's name daily for 10 minutes, to awaken the Buddha in herself and attain peace. All of us have the same potential as the Buddhas, to awaken, and some people chant to touch the Buddh in themselves."

"They believe that as one chants and becomes absorbed in the sound of the name, worries and distractions gradually fade, and are replaced by serenity and joy. Thay however, advocates mindfulness as the way."

"Thich Nhat Hanh, a famous Vietnamese Zen master, who is affectionately called Thay. Thay also means Teacher, or Master, in Vietnamese. He is over 70 years old, and is probably the second most influential Buddhist monk living on this planet at the moment."

"Who's the first?" asked Hosh.

Hosh nodded knowingly. He had heard of Dalai Lama from his father.

"Thay was nominated for the Nobel Prize by Martin Luther King, Jr.," Isha continued, "the year your father was born. He is the author of many books, including the best-selling The Miracle of Mindfulness."

"Although she had been doing this practice for over 10 years, she was still quite mean, and shouted at people all the time."

"A friend wanted to teach her a lesson. So one day, just as she began her recitation, he came to her door and called out: Miss Nuyen."

"But this visitor was insistent. He called out to her again from outside her door: Miss Nuyen. Miss Nuyen!"

"To her frustration, he raised his voice too, so she could hear him loud and clear: Miss Nuyen. Miss Nuyen!"

'This is the time for peace and prayer, not anger. Let him wait until I'm finished,' she said to herself.

"Namo Amitabh Buddh," she carried on.

The visitor didn't appear to be in any mood for waiting. He persisted: Miss Nuyen!"

Miss Nuyen started bubbling over with anger, but years of ritualistic practice held her down.

As this went on and on, she became more and more oppressive. She struggled against it, severely tempted to stop her recitation, and go and give him a piece of her mind.

"MISS NUYEN, MISS NUYEN..." The man shouted back from outside.

Then suddenly, her dam broke. She could stand it no more. She jumped up, slammed her door open, ran to the front gate and yelled at him, "Why do you have to behave like that? I am doing my practice, and you keep shouting my name over and over!"

The friend smiled at her, and said, "I just called your name for 10 minutes, and you got so angry. You've been calling Amitabh Buddha's name for over 10 years. Just imagine how angry he must be by now!"

Next TaleTown Story: Buffet At Valentines