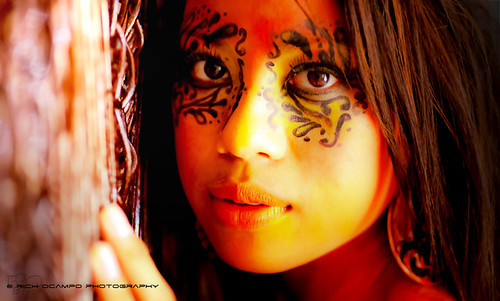 Most burdens we carry, like anger, are burdens of the mind.

Leave them behind to move on …

“Spit your anger now,” Qosh said to his son lovingly, “and eat some food. If you won’t eat, I won’t eat too.”

Rosh looked at his father and pouted, “You got angry when it wasn’t even my fault.”

“Sorry son, if it wasn’t your fault,” Qosh answered sincerely. “Please forgive me for that."

"Elders can make mistakes too sometimes, you know. But you shouldn’t be angry for this long.”

“If elders can get angry for the wrong reasons, why can’t I, when I am truly wronged?” Rosh questioned.

Qosh lifted his son in his arms and brought him down from the hot dark room in which he had isolated himself for hours.

As Dev served them both dinner, Qosh continued, “Yes, I get angry. And you have a right to be angry too. It is only human to feel anger."

"But my anger is momentary. It comes. And then it goes, as quickly as it came. Yours though lingers too long. That is no good. Not for you, not for others.”

“When I was a child, I heard a story of two Buddhist monks who were traveling through a flood-ravaged plain. Buddhist monks have to lead a life of strict vows, one of which is of celibacy. In this order, they were not even allowed to touch a woman.”

“When these two monks crossing the flooded plain came around a bend, they saw a lovely young girl stuck on the roof of a hut. Waters were still rising, as heavy rain poured around them. The girl was terrified by the increasing danger, yet afraid to enter the flood waters around her.”

The younger monk was startled but kept quiet.

‘He teaches me restraint, ‘he thought, ‘yet he couldn't restrain himself when the first opportunity came along. One set of rules for himself, another set of rules for others. What a hypocrite!’

The elder lifted her on his back and started to walk away. As he followed them silently, he couldn’t help thinking, ‘He could have asked me to carry her. I am younger and stronger. Why didn’t he? Did he want to touch her so much?’

Quietly, the monks waded through the flooded plain. The younger monk simmered in his thoughts and questions. Rage vanquished rationale. He did not speak as they traveled, but noted with dismay, the elder’s vitality.

He seemed to be in high spirits soaking up the sunshine, relishing the chatter of birds.

It was wet and cold everywhere, but anger smoked up inside the young monk. Rising slowly, like magma rises from deep within the womb of the earth.

When they finally reached high ground and safety, the elder put the girl down. The young monk was livid by the time they reached the monastery but held his tongue. The elder went about his work cheerfully, but the younger couldn’t focus at all.

What remained of the day finished quickly, doing the chores the floods had created. Night fell and the monks retired. The elder monk snored peacefully. The younger, who lay awake beside him, tossed and turned.

Time crawled forward at a snail's pace, watching the tormented monk, reluctant to leave him be and move on. Past midnight, the younger monk was unable to restrain himself any longer.

He jostled up the elder and demanded, “Explain yourself!”

“What?” the elder was startled out of his slumber. “Explain what?”

“What woman?” the elder inquired groggily, still half asleep.

"Don’t you even remember?” the younger snapped. "That lovely young woman you carried on your back. We are not allowed to touch women, let alone carry them around. Why did you carry her?"

“Oh her!” answered the elder tiredly. “I left her back there. Why are you still carrying her?”

When young Rosh looked at his father uncomprehendingly, Qosh explained, “The elder had only carried the scared, stranded girl to safety, but the younger monk had brought her here to the monastery."

"Not physically, but she was still there with him. Most burdens we carry son, are burdens of the mind.”

“When I anger, it happens, then it's over. It cannot be changed, but it happened for a reason. I do it, but then I move on. Like the elder."

"But you remember all your hurts. When you do that, you still carry them with you. You keep them alive. You need to put them down and move on. Dwelling on the hurt keeps it alive, deepens it.”

“Forgetfulness heals. Even when we can’t forgive, we must let things go. For not until we let them go, can we begin on our journey away from them. Hurts that are forgotten, are wounds that have healed. Let them heal.”