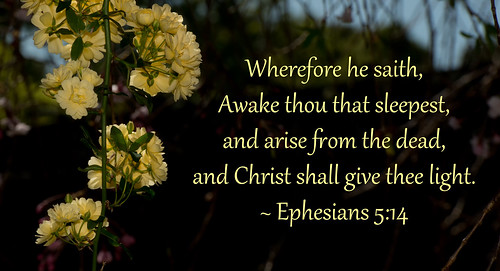 "It is hard for smaller trees to blossom underneath a giant tree," said Rosh, as he sat under a tree alongside his son, "But like any other generalization, there are exceptions to this rule."

"Kamaal, son of Kabir, was one such exception. He grew up under a giant tree - Kabeer."

"It would have been really difficult for him to not try and imitate his own father, who was already a living legend."

"Staying under the same roof, how the son of Kabir managed to develop spiritually independently and untouched by his illustrious father's philosophy was a Herculean achievement."

"Kamaal was a miracle, just like his name meant. As a boy, he had a friend of similar age with whom he used to play games. Like other ordinary boys, none of them really liked losing, even in a game."

"The two friends always coaxed each other for another game, whenever one lost. If the next game couldn't be played straight away, or even later the same day, the chance of redemption was always available the next day. So no one really ever won or lost, as the game was never fully or finally over."

"One evening, they parted with a game to the credit of Kamaal's friend. Next day, Kamaal went to his home to redeem himself. He saw the boy laid on the verandah. His relatives were weeping beside him."

"What is the matter?" Kamaal asked them. "He played with me last evening. He owes me a game. Ask him to get up and play."

The relatives wept all the more, saying that the boy was dead.

"No," said Kamaal, "he is not dead. He is just pretending to be so, to evade giving me my turn."

The relatives wept louder at this innocent accusation. They consoled Kamaal and tried to explain. It had no effect.

"See for himself," they said, "your friend is really dead. His body is stiff and cold."

"All this is just make believe," Kamaal argued, "What if the body is stiff and cold? I too can become like that."

So saying, Kamal laid himself down and in the twinkling of an eye, was dead. The poor relatives checked and checked, but there was no sign of life left in Kamaal.

Weeping till then for the death of their own boy, they were now further distressed and dismayed. They began to lament Kamaal's death also. The tumult rose and rose, and became bedlam.

"Finally, Kamaal got back up and declared, "See it now? I was as dead as him, but I am up again, alive and kicking. This is how he wants to deceive me, but he cannot elude me like this with his pretensions."

"In the end, the story goes, Kamaal's unflinching convictions gave life to the dead boy, and he returned from the dead. Kamaal got back that was due to him."

"That can't really be true!" exclaimed Josh, "You can't just wake up once you are truly dead."

"Well, Jesus is said to have risen from the dead," said Rosh, "What makes you think he was the only one to do so?"

"Jesus did," remarked Josh, "because he could. He was the son of God."

"Aren't we all?" replied Rosh, "Maybe, Kamaal was a saint and performed a miracle. Maybe the faith of a child moved death itself. Maybe his friend was indeed pretending, and got up when Kamaal just wouldn't give up. Maybe his friend wasn't dead enough, and could still be reached and retrieved."

"Maybe it was none of these, and the story became legend because of his friend's relatives' simple mindedness and ignorance. Regardless, that story has survived."

"I find it interesting not because of the possibilities of Kamaal's resurrection of the dead boy or his resuscitation from near-death experience, but because the tale tells me something crucial about Kamaal when he was growing up."

"It gives me clues and insights into why he grew up into a giant spiritual tree himself, rather than just becoming a creeper, like many kids of celebrities are, whose only identity is that they are the children of someone else. Kamaal did not waver even in the face of unflinching convictions of others."

"Jesus had not been talking about kids when he said that. He had meant grown-ups. Child-like, he had said, not children. What kind of people would these child-like grown-ups be like? People who are retarded and simpletons?"

"No, Jesus was talking about those who have prepared themselves, made themselves deserving to receive the kingdom of God. They are like little kids again. Living with the simple unworldly ways of little children. Simplicity of the little child is the model and the rule for anyone who desires Nirvan."

"So, Kamaal was amazing, exactly as his name meant in Urdu. He remained pure as a child, even when he had grown up and carried within him something that was vital for a seeker. The ability to kill his own master."

"What?" Josh was startled.

"Yea," nodded Rosh, "that ability is most essential for those wanting salvation, Nirvana, Moksh, Vaikunth, release from the cycles of life and death, birth and rebirth, the kingdom of heaven or God, or whatever else you may wish to call it."

Next Story: Kill Your Own Master