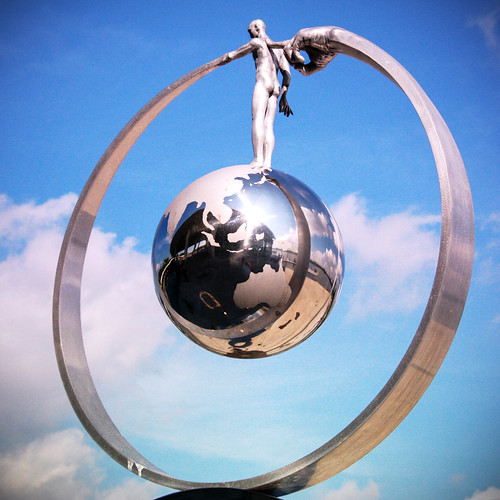 “So if you knew the questions”, Rosh asked, “and answered them well, why didn’t you get an Excellence in them?”

“The teacher was unfair”, Josh sulked.

Rosh sighed. This answer was becoming all too regular.

It was entirely possible that a few teachers may have been unfair to Josh given his mercurial temperament and sharp tongue.

They may also have had their pets, towards whom they may have showed a little favoritism, as he was being led to believe.

But Rosh found it hard to believe that a majority of teachers could be like that. He had met many of them at Parents Teacher Meets.

Most of Josh’s teachers seemed straightforward, helpful people. It was more likely that Josh was playing the blame game.

The results were important too, but to Rosh, it mattered more that he get to the root of what was causing a continued deterioration in Josh’s results.

It was even more important that Josh understood those causes. And imperative that he stopped finding fault with others.

“One night at the airport” Rosh sighed and began speaking, “a woman had to wait for a few hours before catching her flight.”

“While she waited, she bought a magazine and a pack of biscuits to pass the time. She took a seat in the waiting lounge and settled down to read.”

“She was deep in her reading, when she suddenly saw that a young man who had at some earlier time settled in a chair near her, was stretching his hand.”

“Without any apparent shame or shyness, he picked up the cookies lying on the chair between them, ripped open the pack and took a bikkie.”

“Then he returned the open pack back to the chair between them. As he looked up, he caught her eye. He smiled nervously at her.”

“Involuntarily, she returned his smile but kept her peace. She decided to ignore the cookie hustler, hesitatingly munching away at the bikkie.”

“But troubles don’t generally go away when we ignore them. They persist or become bolder, until we can ignore them no more.”

“To her silent shock and horror, after a few minutes, he reached out again for yet another cookie from the now open pack.”

“She looked at him again. He saw her looking and smiled back, confidently devouring the bikkie this time.”

“Slightly flustered but still shying away from directly confronting him, she asserted her authority now by reaching out and taking a bikkie from the pack.”

“He looked at her and smiled. She turned away and looked down at her watch as she ate the cookie, wanting the needles to hurry up now.”

“But what does time care about human feelings or aspirations? It carried on its march painfully slowly, blissfully ignorant of any repercussions.”

“Because she didn’t protest or kick up a fuss, things got worse from then on. Now every time she ate a biscuit, he had one too.”

“She started to get really angry at his infuriating smiles and thought, ‘If I weren't such a tolerant soul, this insolent thief would be in big trouble’.”

“Their silent body language dialogue continued until there was only one biscuit left in the pack.”

“She looked straight at him, wondering if he would dare to take the last bikkie.”

“Still smiling, the young man grabbed the last biscuit and broke it in two. He offered one half to the woman while he ate up the other half.”

“As she silently took the half, she seethed inside, ‘What an uncouth man! How ill-mannered! He never once asked my permission!’

"She had never met anybody so vulgar and felt relieved when she heard her flight being announced.”

“Briskly, she stuffed her magazine in her purse, grabbed her bags and stood up. Without another look at him, she walked straight towards her boarding gate. At least, she wouldn’t have to suffer looking at him anymore.”

“Though she hadn’t expected any thanks from him, it revolted her that he hadn’t offered her any either.”

“Settled finally on her allocated seat, as her plane was taking off, she extracted the magazine out of her purse again. Her unopened pack of biscuits stared back at her from inside her purse, and caught her totally by surprise.”

‘If my biscuits are here’, she realized, feeling terribly, ‘then those others were his. It was he, who had shared his bikkies with her without a gripe. It was her, who had been the insolent, uncouth cookie hustler. Not him!'

“And it was too late to apologize.”

“Many times in our lives,” Rosh sighed, “we point fingers at others, unwittingly ignorant that they may eventually point back at us.”

“How many times in our lives have we felt with certainty that something has happened in a certain way, only to discover later that it didn’t? How many times has our lack of trust or our own conceit made us judge people unfairly?”

“Are you saying?” Josh asked, “that we should not jump to conclusions. We should think twice before we blame others.”

“Yea”, nodded Rosh, “Let's learn to give others the benefit of doubt before we think badly of them! Before we blame them for what could be our own failings.”