The Pursuit Of Happiness 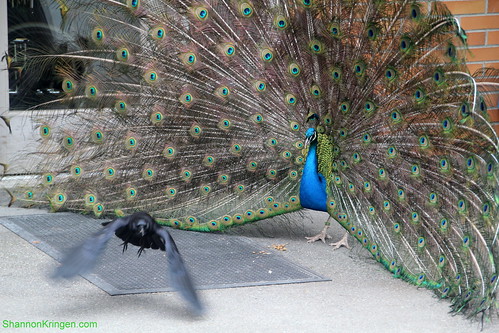 "Jignes has got a new smartphone," Josh was unhappy, "It's better than mine."

"At your age," laughed Rosh, "I didn't even have my own table lamp, let alone a smartphone."

"You always say that!" moaned Josh, "My things are older and getting slower. I don't like that. Liam just bought a new laptop. It is faster than mine."

"Your gadgets were the latest technology when you bought them," reasoned Rosh, "Things get old over time. Newer is faster as technology moves fast."

"It's not just tech," Josh was almost in tears now, "Even my bike is older than all my friends' bikes. And that wasn't even bought new. It was second hand."

"Do all your friends have a smartphone?" asked Rosh, "Regardless of whether they bought it new or second hand."

"No," Josh answered, not knowing where his father was leading him up to.

"Do all your friends have a laptop?" asked Rosh, "Regardless of whether they bought it new or second hand."

"No," Josh answered, still at sea about the point his father was trying to make.

"Do all your friends have a bike?" asked Rosh, "Regardless of whether they bought it new or second hand."

"No," Josh answered, beginning to get the hint, "Now don't say that in 2011, just over one billion people lived on less than USD1.25 a day. That doesn't improve my situation."

"Listen to me son," Rosh tried to placate him, "You cannot have the best of all worlds. We all get package deals in life. Something good, something not so good. One of your friends has a new bike, but not a smartphone. Another has a smartphone, but not the laptop."

"In life, resources are limited. But desires are unlimited. So we have to budget, we have to prioritize, we have to make choices. We can't have everything we want, no matter how rich we are."

"You were the first among your peers to buy most of the things you've named, so your stuff will become older by the time they get to finally buy theirs, isn't it?"

"You don't understand," Josh murmured, "I know we lost heaps in the Global Financial Crisis (GFC) a few years ago and can't afford things now. That is why I don't even ask you for stuff anymore."

"Even if I did lose heaps," Rosh said, "I've never made my children make sacrifices. All I asked from all of you was to be reasonable, and mindful. And I think all of you were. But why this sadness?"

"Because I still don't like it," Josh said, tears now rolling down his cheeks, "when they have got better stuff than me. And they keep buying more stuff, and I can't."

Rosh tried to hug his son, but Josh shied away from him. They had been on their routine daily walk, but Josh had been feeling miserable. He had finally told his father what bugged him, but he knew there was no use. He sat down on a tree stump, weeping. Quietly, Rosh walked up to the stump and sat beside him.

The crows espied them from atop their high perches. They too felt their pain. One of them cawed loudly to sympathize.

"See that happy crow up there," he pointed to one on the farthest branch, "He flew far and wide to find a bird happier than him. Do you want to know who he found?"

Josh looked up to the crow his father was pointing to, but said nothing.

"He had everything," Rosh continued, "Food, friends, freedom. He was absolutely satisfied with his life. Until the day he saw a swan."

'This swan is so white,' he thought, 'and I am so black. He must be the happiest bird in the world.'

He flew over to the swan and told him his feelings.

"Actually," the swan said, "I felt like the luckiest bird around too, until I saw a parrot. Then I realized that I had no color, while he had two. He must be the happiest bird in the world."

This crow then flew and flew, and he searched and searched, until he found the parrot – the two colored bird.

"I was unhappy that I was black," he said to this parrot, "when I saw the pure white swan. But he was unhappy for being only white, while you had two colors. You must be the happiest bird on the planet."

"I was a happy chappy," this parrot shook his head sadly, "until I saw a peacock. I had only two colors, he had many."

"Our crow then flew and flew, and he searched and searched, until he finally saw the peacock, the many colored bird. The peacock stood near a helipad, where his helicopter waited."

Josh smiled finally, but said nothing. Rosh knew he had his attention now. He continued:

"Hundreds of people were waiting in queues to have their photo taken with him. Those at the back hoped they'd at least have a chance to shake his paw once, before he was flown off to his next location."

"Bodyguards surrounded the peacock. Reporters from various TV channels were jostling for the best spots. Cameras flashed, as people took photos. The peacock was on a tight schedule, they said."

"Our crow flew over them as they came through the barricades and landed near the peacock. He was posing for a shot."

"What a life mate!" our friend crowed, "Zed security. Such fame. And such beauty. People dying to see you. When they see me, they just shoo me away. You must be the happiest bird on the planet."

"Looks like a blessing, isn't it?" the peacock sighed, "Yet because I am the most beautiful bird on the planet, I am entrapped in this life, while you can fly around freely at your whim. Wish I were a crow!"

"You've nailed it," Rosh nodded, "Comparison usually makes us unhappy. If we were grateful for what we have, and happy for others for what they have, we won't be envious anymore. Then we won't be unhappy anymore."

"Happiness is a state of mind. You may feel happy from having things, but such happiness is fleeting. Long lasting happiness comes from being thankful. For whatever you have."

"Make the best of what you have. You can never know what the other person's life is truly like. Remember, the grass on the other side always looks greener. And perfection does not exist."

"Find happiness in little things. Celebrate it in your smallest achievements. Don't let your life become what happens, while you're busy making other plans."