Any Asshole Will Do 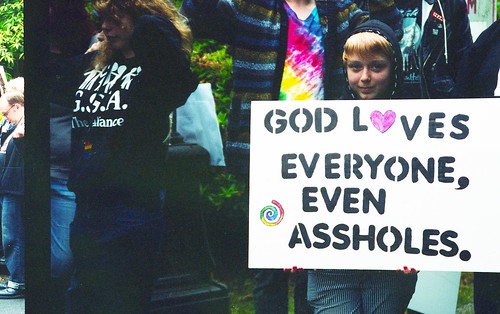 "What happened?" Isha asked, when she saw Rosh simmering away after his return from work.

"I had joined this company and accepted a very low start", he hissed, "because I wanted to prove I could deliver quality. I had said so in my job interview."

"And he had agreed that quality work would be recognized with an increased hourly rate. That hasn't happened. I have delivered, but he won't. He doesn't even see it."

"Because others are falsifying their KPIs", Rosh fumed, "to keep their jobs. I don't want to dob them in. But the net result is that I'm getting miserable."

"He pays less, he won't give a raise before the year is up, and even then by 50 cents an hour, which is less than the CPI increase, and I started too low."

"To add insult to injury, he says that I am being paid a fair wage, and that I am just an average worker. He sees no outstanding quality in my work."

"Does he know others are cheating?" Isha asked.

"He's old enough to see that. The exceptional results shown on paper are unachievable consistently, but he's been delivering them without missing a heartbeat."

"An audit would catch him out", Isha suggested.

"Unlikely, because almost all of the quality control is internal in the company. I think people see it but no one wants to ask uncomfortable questions."

"Senior Management is happy as it believes the workforce has become efficient, customers are happy because they believe the company is delivering value for money, and workers won't squeal because they need jobs. Whoever bells the cat, won't be making any friends. So, I guess for the moment, we have a stalemate."

"As long as he pretends that you are getting a fair wage", she responded, "you can pretend you're working hard. Outlast him."

"I can't. I'll burnout long before that. I heat up inside, every time I see him. I'm no longer enjoying what I do. With the recession, he has too much choice, as everyone wants a job. It's not really a highly skilled job. It's blue collar, and it is irrelevant that I happen to do it better than most others."

"People are prepared to do anything to keep their jobs. Work longer hours and weekends, take salary freeze and no overtime, falsify data and results, fudge timesheets and call sheets to meet KPIs."

"I can cheat too, but I don't want to. I am trying to change. But it makes my work appear average to him, so he says I don't merit a raise anymore."

"Even that I could have tolerated, but he behaves as if workers like me are a dime a dozen. He sat in a meeting with his boot in my face, and it made me want to retaliate."

"Because he is squeezing everyone, docking their pay, grinding them nose to the grindstone, he is delivering tremendous KPIs in reduced costs. Senior Management love him. But it is becoming unbearable for me."

"Theodore Roosevelt had said that a leader leads while a boss drives", Isha sighed, "There is a difference between the two. He's unsympathetic and unwise. He won't last long with this attitude."

"Oh you'd be surprised", he retorted, "The mean have real stick ability in jobs. They are survivors. It's the good generally, who leave when they can't take it anymore."

"I read a joke once, that when the body was first made, all its parts wanted to be the Boss."

"The brain said: "I should be Boss because I control the whole body's responses and functions."

"The feet said, "We should be Boss as we carry the brain about and get him to where he wants to go."

"The hands said, "We should be the Boss because we do all the work for the brain. Brain can't lift a spoon by itself."

"And so it went on and on with the heart, the lungs, the nose and the eyes etc. until finally the asshole spoke up."

"All the parts laughed at the idea that the asshole could be their Boss."

"So the asshole went on strike, blocked itself up and refused to work."

"Within a short time the eyes became crossed, the hands clenched, the feet twitched, the heart and lungs began to panic and the brain fevered."

"Reluctantly, they agreed to make asshole their Boss, and the motion was passed."

"Since then, all the other parts do all the work while the Boss just sits and passes out the shit!"

"So, you don't need brains to be a Boss. Any asshole will do!"

Next: Turkey And The Bull