Turkey And The Bull

Previous: Any Asshole Will Do 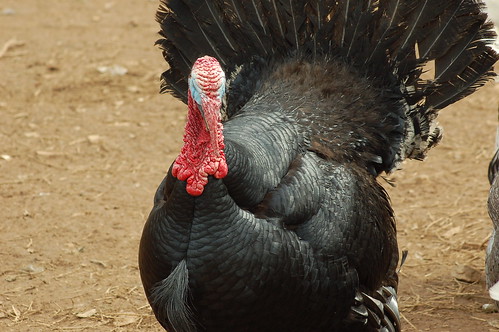 "Don't worry," Isha retorted, "One fine morning, two boys were exploring a farm. They came upon an empty barn that smelled of manure."

"Let's get out of here," one boy said, "It smells horrible."

"This is great," the other exclaimed, "there must be horses around!"

"You've always been the second boy, spotting opportunities where others couldn't see them. Finding silver linings even in manure! Put the same hat on."

"Your real boss is the one who walks around under your own hat."

Rosh smiled, and looked up at her.

She came quickly in his arms. They walked out on the deck and saw the sun quietly descend behind the ranges.

"A turkey once got acquainted with a bull."

"I want to fly up to the top of that tall tree," he said to the bull, "but I haven't got the energy."

"Ummm, try nibbling some of my droppings?" replied the bull, "they're packed with nutrients."

"The turkey pecked at a lump of dung, and found that it actually energized him."

"He fluttered up and perched on the lowest branches of the tree."

'Funny that,' he thought in amusement, 'Bullshit works.'

"The next day, he ate some more dung. With some effort, he reached the middle branches."

'Hallelujah', he wondered, 'Bullshit actually works. It can take me places.'

"The next day, he ate some more with great enthusiasm. And almost reached the highest branches of the tree."

'I've found the elixir of life,' he rejoiced, 'the secret mantra of power and success.'

"Energetically the next day, he gobbled up as much bull shit as he could. And proudly reached the top of the tree."

"He was promptly spotted by a farmer, who shot him out of the tree."

"And what is the moral of the story?" he asked, amused.

"That Bull Shit might get someone to the top," she answered, "but it won't keep them there."

"But until then," he sighed, "the suffering continues."

Next: Encounter In The Alley