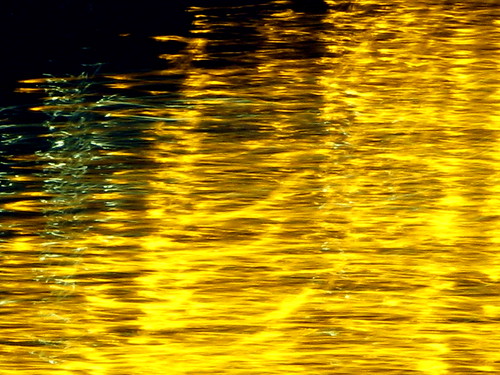 “What else is there to see in this story?” Isha was puzzled at his indecisiveness, “It’s basically saying that you don’t need to be rich to be happy.”

“It doesn’t say that poverty makes one happy either”, said Rosh, “Without money, life can be quite limiting. Freedom is happiness."

“Within reason”, she agreed, not sure where he was heading.

“Answers to these questions are very personal. They change vastly from person to person. So, there can’t be a universal benchmark. We can’t have one yardstick for all to measure up to. A yardstick that tells us how much is greed and how much is not. And who are we to judge others anyway?”

“Yet society has moral and ethical standards” Isha retorted, “We may not have a universally accepted definition of greed or its universal benchmark, yet we know greed when we see it.”

“So we should teach our kids that it is not good. Just like we teach them what is not advisable to do on a road. Whether it is life or a road, without rules, there would be chaos.”

“Rules are needed. So we can live and let live. They need to be well-defined, justified, well-communicated, and properly enforced to be useful.”

“Absolutely,” agreed Rosh, “Ethics and morality are needed for us to coexist harmoniously on this planet. But we need money too, to exist here more happily.”

“Even though after a certain point, which differs from person to person, the extra zeroes in a bank balance become meaningless, upto that certain point, money can buy happiness. It can buy things that give us happiness. Needs, comforts, luxuries, health, respect, perhaps even love.”

“So, if you could have had the golden touch”, Isha cut to the chase, “what would you have done?”

He hugged his kids tightly. But she wasn’t going to let him evade the question. Not now.

“What would you have touched?” she insisted, “Had you been given the Midas Touch?”

“You know what I would have touched”, he winked suggestively at her.

She glared back at him, then asked him again, “Seriously Rosh, what would you have asked Dionysus if you had been Midas?”

“I don’t know what I would have asked for”, he sighed, “now that you put me on the spot. Maybe it wasn’t such an easy choice for Midas after all.”

“But maybe like him, I would have asked for more money. You can’t rule a kingdom without having money. Lots of money. It is money that makes an economy tick.”

“Kings need money too Josh, regardless of how rich you think they are. Running a kingdom is expensive business. In those days, you needed gold to run a kingdom.”

“So maybe the choice was so clear to Midas, he didn't have to think twice. As the simplest plan for the constant replenishment of his royal treasury, he asked that everything he touched be turned into gold. No taxes needed now, no future wars necessary.”

“But he had to pay a high price for it. Zoe died in this story. Did you know that Zoe means “life” in Greek?”

“It’s pithy”, Rosh argued, “And it survived the test of time. A good story is a complete package Isha. Greater than the sum of its parts, and all parts relevant to its understanding.”

“What happened then, pa?” Josh tugged at his sleeve, “Did Midas get rid of his curse?”

“Yea”, Rosh replied, “Eventually beginning to die of thirst and hunger, Midas prayed to Dionysius, begging him to be delivered from starvation.”

“Dionysus heard his prayers and decided to save him. He told Midas to wash in the river Pactolus to lose his golden touch.”

“Midas did that. When he touched the river waters, his power flowed into the river, turning its sands golden. For generations, this myth was used to explain why the river Pactolus was so rich in gold.”

“Is it a real river then?” asked Josh.

“Yea”, said Rosh, “it is a real river near the Aegean coast of Turkey. It rises from Mount Tmolus, flows through the ruins of the great ancient city of Sardis, and empties into the Gediz River.”

“It is said that Pactolus once contained electrum which was the basis of the economy of the ancient kingdom of Lydia. Interestingly, historians say that there was a King Midas who once ruled Lydia.”

“It is a naturally occurring alloy of gold and silver, with traces of copper and other metals. It is often called green gold, although the ancient Greeks just called it gold or white gold.”

“So this story of King Midas is all really true then?” asked Josh.

“It is a Greek myth”, answered Rosh, “Myths are stories that have been around a long time. So some people consider them part of tradition or history. Typically they have supernatural beings or events, which makes it hard for some other people to classify them as real history.”

“Just because there was a real king named Midas who ruled Lydia or because river Pactolus was rich in gold deposits does make the rest of the story true. We'll need a to sufficiently prove the gold connection between them before this myth’s historicity can be acceptable.”

“What happened to Zoe?” asked Isha, “Did she come alive again after Midas got rid of his curse?”

“Even if her body could have been converted back from gold to flesh”, said Hosh, “her life processes would have long stopped, making her irreversibly dead. But anything can happen in movies and tales.”

“I don’t know”, Rosh replied, “The story says that Midas, who had begun to hate wealth and grandeur, moved out into the country and became a worshipper of Pan, the god of the fields.”

“What impresses me though, is the insight the tale offers in what can be the only way to get rid of the Midas Curse. Giving your wealth away!”

“And not just your wealth, but also your ambition to make wealth. When Midas washes his hands in Pactolus, he washes his hands off any chance of making gold again by touching anything. His ambition was his curse. That got washed off. Forever."

"Ambition makes us take. Make. Taking makes us fearful. Greedy. We want to have more. Make more. Take more. But it is giving that makes us happy. And free.”

“Was that the moral of your story then?” Isha asked him later in bed that night. “To renounce your wealth and powers. So you can be poor and free.”

“Beware of the gods,” he snickered. “Stay away from them. Even when you do them a good turn and they grant you a boon, don’t expect smooth sailing!”

“What if you could have the golden touch?” she continued playfully. “What would…?”

“I already have it!” he cut her off and touched her.

She was instantly transformed. Into pure gold!

Next Story: The Playground