Star In The East? 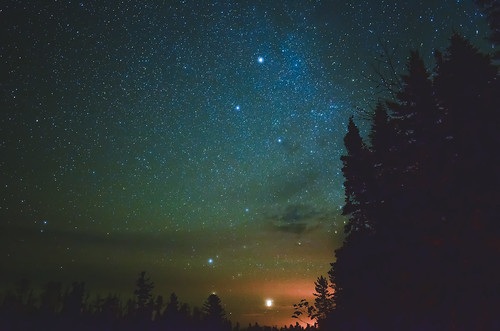 The next patient Dr. Hosh was seeing was Miss Maid. Mrs. Maid had come along with her 14 year old daughter to see the doctor.

Hosh ushered them pleasantly into his examination room and when they were both comfortably seated, asked what had brought them in today.

"My daughter," the mother said anxiously, "keeps getting these cravings. She's put on some weight and she's been sick most mornings the last couple of months."

Hosh thoroughly examined the daughter, then turned to her mother and said, "I don't know how to tell you this Mrs. Maid, but your daughter is pregnant. About four months, I'd say."

"Pregnant?" Mrs. Maid was incredulous, "She can't be! She has never ever been left alone with a man! Have you Missie?"

"No mother!" the daughter had turned white, "I've never even kissed a man!"

Hosh walked over to his window and stared silently out at the sky. When the pregnant silence became unbearable, Mrs. Maid blurted out, "Is there something wrong out there doctor?"

"No," answered Hosh, "but the last time anything like this happened, a star appeared in the east, just three wise men knew its meaning, and people had to search for the truth for over 2,000 years."

"I don't think," he concluded as he turned back to face them once again, "that it's going to take that long this time!"