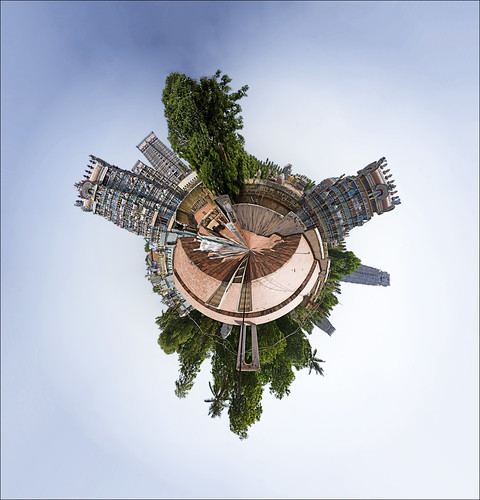 “The Vedaant School is also called Uttar-Mimansa, (Uttar meaning later),” Rosh continued, “or Brahm-Mimansa (as it is concerned with the nature of Brahm, the Absolute Reality) or Shaarirak-Mimansa (Shaarirak means the embodied one, implying an individual and his essential nature as Brahm).”

“This school focuses on the nature of Brahm as revealed in the Vedic Gyan-Kand, and values positive thought and deliberation about the ultimate reality over rituals and sacrificial actions.”

“The most popular text of the Vedaant School is attributed to the Hindu philosopher Baadraayan (second century BC) who compiled VedaantSutra (also known as BrahmSutra or ShaarirakSutra).”

“His treatise contained four chapters. The first dealt with the nature of Brahm. The second critiqued Sankhya and Vaiseshika schools.”

“The third chapter was on the nature of living individual (Jiv) and the states of waking, dream sleep, dreamless sleep and death."

"The final chapter deliberated on the fate of soul (Atma) who has realized the totality of Brahm.”

“In his book, A Critical Survey of Indian Philosophy, Chandradhar Sharma writes:”

The Upanishads are regarded as Shruti (Revelation) by the Vedantins (Vedic scholars) and their teachings were summarized by Badarayana in his BrahmaSutra and were developed into the school of Advaita Vedanta by its first systematic expounder, Gaudapada.

“The International Society for Krishna Consciousness (ISKCON), popularly known as the Hare Krishna movement or Hare Krishnas, is a Gaudiya Vaishnav Hindu religious organisation. ISKCON was founded in New York City in 1966, a year before my birth, by Srila Prabhupaad."

“Yet, in his book, The Method of Early Advaita Vedanta, Michael Comans argued that Buddhism was not Shankar’s main concern.”

“He saw the Mimamsakas as his principal opponents, and one of his main tasks was to establish against the followers of Mimamsa that the Upanishads constituted an independent means of knowledge.”

“Shankar proved that they teach the liberating knowledge of the non-dual Self; and that the knowledge they generate is entirely independent of the performance of rites.”

“Sharma (p.254), however, noted that Shankar criticized the Buddhist Sarvastivaadins, Shunyavaadins and Vigyanvaadins (believers respectively in ‘all is real’, ‘all is void’ and ‘all is consciousness’). I’ll explain more on this later.”

“Shankar distilled the Upanishadic understanding on the nature of Brahm and Atma to two undercurrents of thought. The first is kind of a positivist view, which offers the possibility of having a positive experience and description of Reality.”

“The foundation of this view are profound Upanishadic statements like:"

"These statements indicate the oneness (ekatva) of Self (Atma) and Reality (Brahm).”

“In the introduction to his commentary on Vedaant Sutra, Shankar questioned whether anything in human experience can be regarded as foundational.”

“Our senses may deceive us; our memory may be a dream. The objects of knowledge may be doubted, but the existence of the doubter cannot itself be questioned.”

“Shankar said that all means of knowledge exist only as dependent on self-experience. Since such experience is its own proof, the existence of Self does not need to be proved."

“It cannot be proved, but it is the basis of all proof. It is the undifferentiated consciousness, which remains unaffected even when the mind-body complex perishes.”

“By virtue of our own self-consciousness, we have an awareness of the Absolute reflected in our conditioned nature, a sense of the real. But our ignorance confuses our discriminative faculty, and consequently, we identify our transcendental Self (Atma) with its empirical existence (anaatma).”

“In his work Upadesh Sahastri, meaning a thousand teachings, Shankar states that attainment of Self (Atmalabh) is the highest aim. He further states that Self is already attained in itself (svabhavatah) and cannot be attained from another (anyatah).”

“The perception that this attainment is dependent upon another is mere appearance (samudbhav). He calls this misconception Avidya (meaning nescience or illusion; also called adhyaas or Maya).”

“Since the misconception is one of fallacious understanding, it is rectified only by accurate knowledge, and not by any action (Karm). Liberation (Moksh) is the elimination of ignorance (Avidya).”

“So, Shankar's view is ‘Non-Dualism’ or ‘Absolutism’, because it holds the identity of Self and Absolute, and ‘Unqualified’ because there is no other apart from Self to be attained or by which one is to attain. So, it is unqualified monism, monism being a doctrine which holds that no duality exists.”

“This view is contrasted to two other deep-rooted Vedaantin views. The Vishisht Advait (Qualified Non-Dualism) of Ramanuj (1017-1127 AD) and Dvait (Dualism) of Madhavacharya (1197-1276 AD).”

“Ramanuj maintained that the conscious selves (Chetna) and unconscious matter (achetan) are related to the Absolute (Brahm) as soul (Atma) and body (Sharir) of the Absolute (Parampurush), and hence the qualifiedness (vishishtta).”

“So, it is non-dualism of the qualified whole, in which Brahm alone exists, but is characterized by multiplicity. The underlying entity is the same, just the descriptions of that entity keep changing.”

“Or: Rosh was a student. Rosh was a graduate. Rosh was a teacher, etc. The body or status of a single person called Rosh can be described variously as they are continuously changing.”

“But ‘Rosh’ does not become ‘Isha’ because of these changes. This Vishesh Advait can be described as qualified monism or attributive monism in which all diversity subsumes to an underlying unity.”

“Asesha Chit-Achit Prakaaram Brahmaikameva Tatvam - Brahm as qualified by sentient and insentient attributes (modes or aspects) is the ONLY reality.”

"What is seen is different from who sees. If there was only one, who wanted to see himself, he'd need his own eyes as well as the mirror - that's two. It is all greatly interesting, but to quickly address your curiosity, I will limit myself only to the Shankar view.”

Next TaleTown Story: Ocean In A Drop