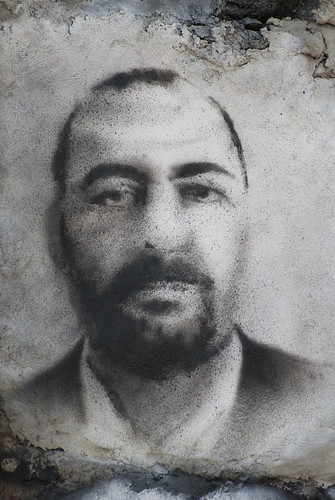 "I love stories," Rosh said to his son as they began their daily trek together, "They were the capsules in which ancients concealed their insights before lobbing them out into the sea of time."

"These capsules survived time itself, preserving the wisdom inside them for posterity. Take The Arabian Nights for example, which is a collection of stories and folk tales compiled in Arabic during the Islamic Golden Age."

"These stories were originally collected over many centuries by various authors, translators, and scholars across West, Central, South Asia and North Africa."

"They date back to ancient and medieval Arabic, Persian, Indian, Egyptian and Mesopotamian folklore and literature."

"Some tales were probably folk stories from the Caliphate era. Others, especially the frame story, were most likely translated from a Pahlavi Persian book Hazār Afsān."

"What is a Caliphate, Pa?" asked Josh.

"Khalifa (English: Caliph) is an Arabic word meaning 'One who replaces someone else who left or died'."

"Khilafa (English: Caliphate) is another similar and related Arabic word which means the government of a Muslim state, of which the Khalifa is the head."

"So a Khilafa was essentially an Ummah (yet another Arabic word, which means sovereign nation state) which was ruled by a single Caliph. Khalifa was like the president or king, and Khilafa was his presidency or kingdom."

“I say ‘his’ kingdom because some Muslim scholars have outlined some eligibility criteria for the title of Khalifa. Besides other conditions, a Khalifa must be a Muslim and a man."

"These scholars say the gender condition is based on the hadith where the Prophet stated that a nation would not profit under a woman as its leader."

“Interestingly, around his time, Muhammad's society was a male dominated one. It may have been common to insult Weak Men by calling them a Woman. Even today, offensive words like sissy or pansy or their equivalents are commonly used around the world.”

“So it is difficult to know whether the Prophet himself literally prohibited women, or the society later interpreted his directive as such. Obviously, males wouldn't be objecting to it either way, as it demolished almost half the candidature in their favour.”

"Is Hadith another name for the Koran, Pa?" asked Josh.

"Hadith," replied Rosh, "also spelt Hadīt, is another Arabic word meaning News or Story. It is a record of the traditions or sayings of the Prophet Muhammad.”

“It is revered and received by traditional Islamic schools of thought as a major source of Islamic religious law (called Qānūn-e Islāmī or Sharia) and moral guidance, and is second only to the authority of the Qurʾān, the holy book of Islam.”

“The hadith literature is a biography of Muhammad compiled well after his death from oral reports that were present in society around the time of their compilation. Bukhari's collection, which is considered by many traditional religious scholars as the most reliable, was compiled two centuries after the death of the Prophet.”

“Hadiths developed during the first three centuries of Islamic history. They were then evaluated and gathered into large collections during the 8th and 9th centuries. Much of early Islamic history available today is based on the hadith. Hadiths also profoundly influenced the commentaries (tafsir) on Quran.”

“Hadith reports claim to originate from important characters like the companions of Muhammad. Despite alleged contradictions they contain with regards to the Quran itself, such as regarding the punishment (stoning to death) in the hadith for Zina (extramarital sex and premarital sex) which contradicts the Quran, rates of Zakat, definition of Ribba etc., Hadiths are regarded as important tools for understanding the Quran, and in matters of jurisprudence.”

“It is said that the earliest commentary of the Quran by Muhammad ibn Jarir al-Tabari is mostly sourced from the hadith, in-line with Tabari's Athari creed which forbade rational inquiry in matters of religion.”

“As use of deductive reasoning in deriving laws directly from the Quran was sidelined, the authority of hadith gradually replaced the Quran to provide a controversial basis of the Shariah models of Islamic law."

“Sharia not only deals with topics normally addressed by secular law, like crime, politics, and economics, but also with personal matters such as sexual intercourse, hygiene, diet, prayer, everyday etiquette and fasting. Attempts to impose sharia have been accompanied by controversy, violence, and wars.”

“Each hadith is composed of two parts, a chain of authorities reporting the hadith (isnad), and the text itself (matn). Reading it provides a broad index to the Muslim mind and ethos, but the largest denominations of Islam - Sunni, Shiʻa, and Ibadi, rely upon different sets of hadith collections.”

"In so far as selection of the Khalifa is concerned, the Sunni branch of Islam stipulates that as a head of state, a Caliph should be elected by Muslims or their representatives."

"Followers of Shia Islam, however, believed a Caliph should be an Imam from the Ahl al-Bayt (the 'Family of the House', or Muhammad's direct descendants) since Muhammad was chosen by Allah himself."

"So, different people ended up choosing their Caliphs differently. Caliphate era therefore, comprised of the succession of Caliphates, or Muslim empires and nation states between 632 - 1924 AD, each of which were led by a supreme religious and political leader known as a Caliph."

"Since the 15th century, the Caliphate was claimed by the powerful Turkish Ottoman sultans. But by World War I, the Ottoman state had become much weaker, despite representing the largest and most powerful independent Islamic political entity in the world."

"After World War I, the first Turkish President, Mustafa Kemal Atatürk, as part of his national reforms, constitutionally abolished the institution of the Caliphate in 1924. Its powers within Turkey were transferred to the parliament of the newly formed Turkish Republic."

"The title was then claimed by King Hussein bin Ali of Hejaz, leader of the Arab Revolt. But his kingdom was defeated and annexed by Ibn Saud in 1925. Ibn Saud went on to conquer almost all of central Arabia. He was crowned as King Abdulaziz, and internationally recognized as the first monarch of the newly formed Kingdom Of Saudi Arabia."

"The institution of the Caliphate was thereafter inactive for almost a century. Then on June 29, 2014, the internationally unrecognized Islamic State of Iraq and the Levant (ISIL or ISIS) declared a new Caliphate, naming Abu Bakr al-Baghdadi as the new Caliph."

"He is nicknamed The Invisible Sheikh," answered Rosh, "as the Iraqi ISIS chief reportedly wears a mask to address his commanders. In October 2011, the US officially designated Baghdadi as Terrorist and offered a 10 million US dollar reward for information leading to his capture or death."

"He has been linked to al-Qaeda, but both sides deny any connection. Anyway, ISIS is pulling in thousands of new recruits and has become a cohesive militia in the Middle East today."