Drive To The Conditions 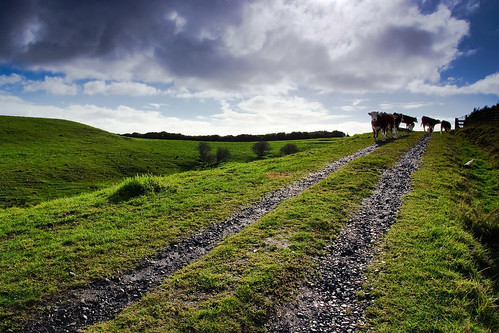 Informative story on how to drive to the conditions.

Conditions of the road, of your car & yourself, and of traffic & hazards around you.

“That was good driving,” Rosh complimented his son after their first practice run. “How do you feel?”

“And happy…” he added, as an afterthought. “Really happy, actually.”

“Which car driving tip did you find the most useful today?” asked Rosh.

“The pre-start 5-point checklist,” Hosh replied. “Getting into the routine of check mirrors, give signal and turn shoulder right from the start was great. I found myself doing that while changing lanes too. Simple repetitive routine, but very effective.”

A host of feelings and observations came bursting out of him after that, as if a dam had burst. Rosh smiled and listened patiently.

Hosh laughed as he revised his experience, relishing the sweet confidence which intoxicated him now. He felt strangely powerful. It was a heady feeling.

“Great,” Rosh laughed with son, sharing his excitement. “Driving a car is easy, isn’t it? And forming good driving habits right from the start vital.”

“Yea,” Hosh nodded. “But I still don’t know what you meant earlier when you said I should drive to the conditions. Did you mean things like go slower when it’s raining, or turn on the lights when it is dark etc.?”

“Both those, most definitely” said Rosh, “but apart from the condition of your environment, I also meant awareness and adjustments for the condition of the road, of your car, of the traffic and hazards around you as well as your own physical and mental condition as driver.”

“What about the condition of the road?” asked Hosh.

“Things like whether the roads are unsealed or have potholes,” said Rosh. “Risk rises if roads have median barriers, or parked vehicles, power poles, trees, ditches, side streets or even driveways alongside them. Be extra careful then.”

“Driving on an undivided rural road with a ditch running alongside it, is a lot riskier than driving on an urban road - if someone crosses the centreline, or if a car suddenly pulls out of a driveway in front of you.”

“More people die in road crashes on New Zealand rural roads and highways than on motorways each year, even though there is much more traffic on our motorways, because motorways are engineered to be safer at high speeds.”

“So, stick to safe speeds (even if they are lower than speed limits) and scan ahead for vehicles turning in or out of side streets or driveways, pedestrians & cyclists, doors opening on parked cars, kids playing and zoning restrictions etc.”

“Adjust also for the amount of light you have while driving. 20% of injury crashes occur because someone did not seeing the other party. And it is not always at night that people can have trouble seeing.”

“Road visibility can be less due to your windshield fogging up, fog or rain outside, or even due to a blinding sun glare on windscreens, especially during peak traffic hours in early mornings or late afternoons.”

“What should I do if the visibility is so less?” asked Hosh.

“Don’t drive,” smiled Rosh. “Several fatal crashes each year involve sun-strike. Get a job with flexi-hours, so you are seldom caught in peak traffic. Work from home, or have a business which allows you to work online from anywhere.”

“But if you must drive in poor visibility, put your visor down before the glare hits your windscreen. Use your headlights when it’s overcast or dim during the day.”

“In rain, use your wipers. Air conditioning helps clear windscreens fogged from inside. Water and heating wires in back windscreen help clear the glass from fogging up or icing up outside.”

“That is why, it is also a good idea to keep your windscreen clean inside and out generally, your wipers and air-conditioning prim and your water tank topped-up. Brakes and brakes lights should also be working.”

“Always slow down if it’s hard for you to see. Put your hazard lights on, if needed. Even if your visibility is fine, remember that other people facing into the sun could still be struggling to see you.”

“You should adjust your driving when the roads are busy anyway, or when there are animals, parked cars, kids, cyclists, motorcyclists, trucks or rural vehicles around.”

“Even if you are the safest driver on the road, the chance of someone else doing something unexpected or stupid increases as the traffic around you increases.”

“A mix of different types of vehicles adds to the unpredictability, as they can duck and dive in and out of lanes, using different parts of the road and moving at speeds different than yours.”

“Auckland traffic is much more disciplined that traffic on Indian roads. While utter chaos reigns on most Indian roads, Aucklanders too like to drive like sheep, going bumper to bumper, just so others can’t overtake them in lanes.”

“Avoid that temptation, at least while you are still learning to drive, cos your driving inspector will fail you if you don’t generally keep to a two-second following distance. Also, you will be failed if you try and run the red light.”

“I’ll never do that,” Hosh protested. “I wouldn’t even run the orange! Better to arrive late, than never.”

“So, would you stop as soon as the lights turned orange?” asked Rosh.

“Maybe not,” Hosh reflected. “I’ll keep going if I think I can make it before the lights turn red. Drivers behind me might honk and swear otherwise, or might show me the finger if I stop suddenly. Besides, it might be unsafe to do so.”

“Don’t let someone’s road rage coerce you into doing something unsafe,” Rosh smiled. “They may be wrong themselves or fuming for all the wrong reasons. When you get wrong(ly addressed) mail, what do you do?”

“Red light means stop. Full stop! Green light means go. But go, only if it is safe to go! And Orange light doesn’t mean keep going if you can make it through the lights before they turn. It means stop, if you can stop safely!”

“How would you know you can stop safely or not? By being aware of the traffic and hazards around you. Look especially in the back-view mirror. How close is the next driver behind you. Can he stop without hitting you, if you brake now?”