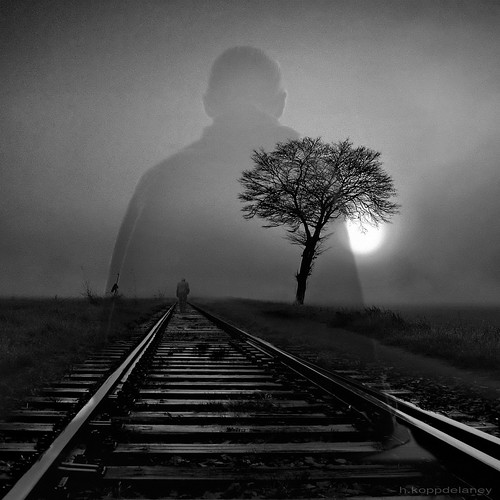 His family had left him asleep at the hospital, and gone back home. Rosh tossed and turned all night in his bed, and finally awoke with a start.

His body had broken into a sweat. He felt wet all over in his hospital gown. He wanted to be dry again, but he wanted more not to be disturbed.

Quietly he lay, staring at the white hospital ceiling. It was a plain canvas, unlike his own life. If only life could be as uncluttered as ceilings were.

His life had been full. Made full by his own ambition and effort. It had been a life of becoming.

But had he become what the Lord had wanted him to become? Had he achieved the divine purpose of his life?

He had worked hard all his life. And saved hard, he thought, and invested wisely. Yet it had all unraveled. Blown away like a house of cards. For no fault of his, that he could identify.

Yea, he had cheated and lied on his way up. But that was now down to 10% of the time, as he had tried hard to walk the straight and narrow road in life.

This wealth destruction was too big a price to pay for his 10% cheating and lying. If he picked up his chips and walked away from the table now, he wouldn’t be walking away with too many to encash.

There would not be much to show for decades of hard work and sacrifices. But he was still alive. And his family was not going to be on the streets. Not while he lived, not while he still had any strength.

But how much longer would that be? Life hangs on a delicate thread. It is so easy to let it go. Strength and confidence are but illusions of the mind too. One moment here, the other moment gone.

Had he been a good son? A good father? A good brother, a good husband? A good student, a good teacher? A good employee, a good boss, a good neighbor, a good citizen? He thought so.

He thought about each individual role he had played in his life and felt he had given it his best.

‘If I had the chance to do it all over again, could I do it any better?’ he asked himself.

‘No, not really’ he concluded. ‘Not without the benefit of hindsight, and not unless I could see into the future. I had done the best I could in the circumstances, using the skills and knowledge I had at the time.’

So no, he couldn't do it any better, given another chance. He had already done his best. He had contributed. To the world which gave him sustenance. It was a shame he had ended up with nothing in the end, if this was indeed his end. A tear rolled down his cheeks.

‘I tried to make my tomorrows better than todays,’ he thought, ‘as well as do the best I could, each day - for myself, as well as for the others. Then why did I fail?’

His monetary loss kept coming back to haunt him. It engulfed every goodness, every milestone he had ever achieved in his life. It made him feel like a total failure. Like he had failed everyone, in everything.

It consumed his being, like utter darkness consumes the world it descends upon. And it shook him. Mentally and physically.

Exhausted and helpless, he kept drifting down memory lane until sleep came tippy toed and carried him away. Momentarily.

When psyche is thus tormented, sleep is but a fleeting haven. Nightmares came roaring after him in dreamland, and tore him apart again.

Next Story: Here I Am Lord