Kill Your Own Master 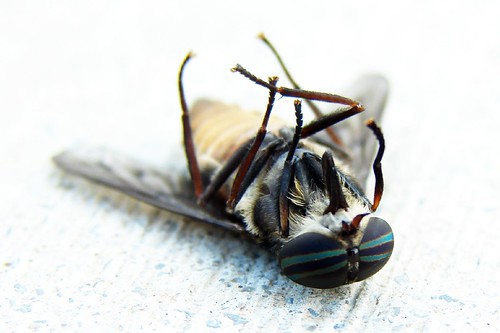 "This is an old Zen saying," Rosh explained. "If you meet the Buddh on the way, kill him!"

"But this saying is much ridiculed and misunderstood. It does not mean that you should physically kill the Buddh."

"That would be impossible anyway. Buddh is dead. He has been dead for over 25 centuries."

"Where can you meet him? On what way? And how can you kill someone who has been dead for 25 centuries?"

"No, it is not a physical command, but a spiritual signal. The koan has a totally different meaning. It is a message to the follower of Buddha."

"It is a message to someone who loves Buddh so much that Buddh himself becomes his last barrier – to enlightenment."

"How is that possible?" asked Josh.

"Osho says that because of his love for his master," Rosh explained, "because he is a disciple, a bhikku, who meditates, goes deeper and deeper into his being, he will feel more and more grateful towards Buddh."

"This killing of the master must happen inside him. This is something inner; it has nothing to do with the outer. The master still lives, but the disciple has moved on. Said his final goodbyes."

"When the dawn is coming, to say goodbye to him then? It seems impossible! It seems like betrayal! But if you cling to your master, the master himself will become the barrier to your freedom."

"It is difficult to let go of crutches when you are healed, but you must. For you are not healed, until you let them go. The master is no more than these crutches now, as you are healed. You are ready to fly."

"Though the body doesn't need them anymore, the mind still clings to them. They still give you strength. Like they did in the past. When you most needed it."

"They still hold the promise of security. So the mind cries out for them. It still needs them, it tells you. It will never wean away. That is precisely why you must break them. Throw them. Give them away."

"Kill me, so there is no going back, no need to look back, no need for goodbyes, no chance of comebacks. Burn your bridges. So the only way left for you to go, is onwards."

"You have come thus far. You are ready. For life. For light. You must go on alone now, on your way, into the unknown. You must kill me."

"But what way does he mean? Not a concrete path like G.T.Road! You will meet him on your inner way, on your journey inwards. At the last frontier within you, where he awaits, to be fulfilled by your arrival."

"Where you must leave him too. Forever. And go on to continue your own journey, totally alone, without even the thought of the master with you."

"Then Frankenstein must be a Buddh?" Josh retorted. "Not only did his kill his creator in his mind, he also killed him physically. No turning back for him now, was there?"

The crows who were eavesdropping on their discussion, from atop the branches above them, groaned.

"Frankenstein was a monster," Rosh laughed. "He was no Buddh. Don't misunderstand this Zen koan. He did not kill his master in gratitude, with gratefulness in his heart. He just killed him. Physically."

"The disciple kills the master. Not in anger, not in spite, but in gratitude. There is no physical killing here. Just the concept of leaving him behind, like one leaves behind a milestone and moves on."

"To leave a milestone behind, you must first reach the milestone. Even when the disciple has moved on, when he has killed his master, the gratitude for the master remains."

"But you are not quite there yet. First, become a disciple. Start moving inwards. Only then can you meet him inside you. If you haven't even started, how can you meet him at your final frontier?"

"You couldn't be clinging to him, if you aren't even close enough to him yet. You are far away, distant, avoiding. If you never even said good morning, you'd never need to say goodbye."

"Let Buddh help you reach that ultimate point. Then certainly, if you meet him there, kill him. You will be truly free."

"Then why are Zen masters," asked Josh, "who teach their disciples to kill the Buddh on the way, still clinging on to Buddh themselves? Why do they still prostrate themselves before the idols of Buddh. Worshipping them every day, morning, afternoon, and evening?"

The crow sitting above them nodded, and cawed loudly in agreement with the boy. One spat, another bowed.