Previous: Jesus Is Watching You 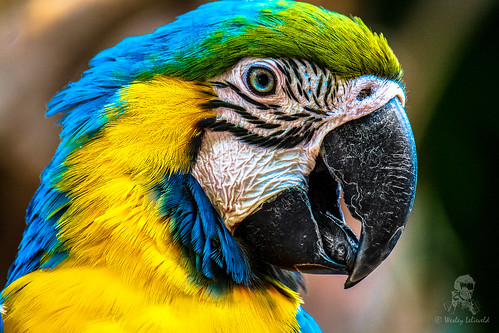 “He’s an asshole,” Josh was complaining about another kid who had been giving him grief at the kindergarten.

Rosh smiled at how he had said the word, but said nothing.

“That butthole’s been giving me shit all week,” Josh continued animatedly, emboldened by his father’s rapt attention and supportive smile.

“And I’ve put up with all his crap,” he continued, “But now I’ve had enough of the butthead. So, I told him to fuck off.”

He felt pretty proud, rattling out a lot of new words he had been adding to his lexicon at the kindergarten.

But if he had expected fatherly applause at his courage, he was severely disappointed.

Rosh’s face darkened at this barrage of profanity spewing out of his child’s mouth. Not caring to investigate the incident any further and uncaring about who was at fault, his temper flared.

“Shut your mouth”, he rebuked viciously, “It is like a sewer, with only dirt flowing through.”

Josh was suddenly scared. It was when he had flown in such a rage, that Rosh had slapped him a few times. Fear leapt up through his veins, releasing warm water that ran down the side of his pajamas.

Despite his flaming anger, Rosh saw the wet pool appear on the carpet where Josh stood.

“Go!” he barked, “Change your pajamas. Then get back here!”

Baffled tears ran down Josh’s cheeks, shame at wetting the carpet compounding his hurt. Isha pushed him out of the room and rushed to get some cleaning wipes for the carpet.

As she came back and soaked up the fluid, she looked at Rosh accusingly. Rosh saw her look. It infuriated him even more. But he looked away.

Seeing that he was still fuming, she hastened out of the room to get Josh back in quickly before him.

Delaying or seeking refuge away from him at such times was dangerous, she knew, and likely to have more dire consequences for any and all.

Josh had washed his face but it burnt hot with fear. It looked quite red and puffed in the mirror. He was changing his pajamas when Isha came in.

She guided him gently back into Rosh’s room, and stood quietly behind the boy. But Rosh had cooled down in the interim.

He had been staring at the urine spot on the carpet, and feeling remorse at his outburst. Compassionately, he opened his arms to them.

Surprised again by his sudden show of kindness, Josh turned around and hugged his mother tightly as he bawled over in a sudden release.

That removed any vestige of anger that may have been left in Rosh. He walked over slowly, and picked Josh up in his arms.

Then he walked out on the deck, his body feeling the tremors from his son’s still violent sobs. They stood quietly for some time, as Rosh stared at the sky for guidance.

“A young man named Mike,” he began to speak after a while, “received a parrot as a gift. The parrot had a bad attitude and an even worse vocabulary.”

“Every word out of the bird's mouth was rude, obnoxious and laced with profanity. Mike tried and tried to change the bird's attitude, but the bird simply refused to learn the good stuff.”

“Mike tried speaking only good words, played soft music and even kept the parrot hungry when the bird was abusive, to clean up its vernacular.”

“In desperation, Mike grabbed the bird, pulled him out of the cage and put him in the freezer. For a few minutes the parrot squawked and kicked and screamed.”

“Then suddenly there was total quiet. Not a peep was heard from inside the freezer for over a minute.”

“Afraid that he'd killed the parrot, Mike rushed to open the freezer door. The parrot quietly stepped out onto Mike's outstretched hands.”

“As it walked up Mike’s arms to sit on his head, the parrot said calmly: I’m sorry I’ve upset you with my language and rude actions. I won’t ever do it again.”

“Mike was stunned at the absolute change in the bird's attitude and language. As he was about to ask the parrot what had made such a dramatic change in his behavior, the bird asked, very softly:”

"May I ask what the chicken did?"