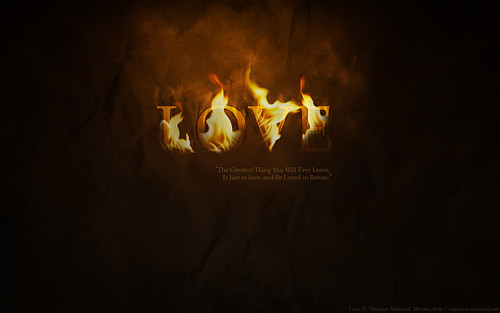 In the Hindu mythology story of Devayani and Kach, should Kacha have married Devyani?

Genetic engineering is a great Sanjivani Vidya, but whether in vivo or in vitro, human cloning or resurrection using borrowed genetic materials can alter existing familial relationships

“Did Kach really unknowingly capture Devyani’s heart?” Isha asked. “Sounds too much of a coincidence again. Devas weren’t drifters in life. They were schemers, movers, shakers.”

“Conspiracy theory,” Rosh laughed. “Well, popular versions of this story do agree with you that winning Devayani was part of the brief given to Kach by Devas. She was to be a means to an end.”

“You are free to believe that, if you wish. All is fair in love and war, after all. But I choose to believe that Devas were subtler than that, devious though they were.”

“We worship our Gods. What kind of cultural role models will I be giving my kids, if I tell a story in which a woman’s life and emotions meant nothing to them.”

“Censoring the story may do them more harm than good,” Isha wasn’t convinced with his reasoning. “Don’t protect your kids from life. Tell it as it is, as it was. History isn’t an opinion.”

“Who can say what was?” Rosh smiled at her. “Napoleon Bonaparte once said famously that history is a version of past events that people decided to agree upon.”

“Everything that was ever invented or created in the history of humanity, began as a single thought. Further, I refuse to interpret mythology as history. So, I am kind of programmed to create my own reality.”

“At what cost?” objected Isha. “How will others view you? How will history view your work?”

“History will be kind to me,” Rosh smiled again, “for I intend to write it. Winston Churchill had said that. My stories are my interpretations. Or don’t you think I have any right to interpret?”

“What about integrity though?” Isha was frustrated. “When you retell a tale, should it not have integrity? You can’t use poetic license as a justification to tamper with stuff that potentially defines a culture.”

“I couldn’t really define my culture if I don’t create it in the first place,” said Rosh. “Culture is a dynamic. It is in flux, always. It should be, like moving water, which becomes stale otherwise.”

“It is also an inheritance,” argued Isha. “What you show your kids may not be what the world shows them! What are they to believe then, when there are conflicts?”

“I can only control what I choose to show them. So, let me show them things, the way I see them. For if I don’t show them those at all, no one else will.”

“Let their cultural inheritance consist of my input too, whether it is big or small, intelligent or unintelligible, useful or useless. Let them, or let time judge that.”

“Let the only question important for me be – whether to do, or not to do - what I can do. What I must do. Or at least, what I think I must do.”

“What did Kacha do then?” Hosh guided the discussion deftly back to the unfinished Hindu mythological story. “Did he marry the girl whose love had repeatedly resurrected him?”

“To marry, or not to marry,” Rosh intoned like Prince Hamlet, “that is the question. When it was time for him to return home to Devlok, Devyani proposed to him. What do you think he should have done?”

“She loved him,” said Josh. “He should have, if he loved her. They’d have been happy.”

“He shouldn’t have,” Hosh opined. “Marriage isn’t just a union of two people. But of two families. They were still enemies, weren’t they? Who would they support when their families warred again? Those they had married and adopted, or those that had given them birth and nurtured.”

“It would be perfect for Devas if he married her,” said Isha. “Brought her home to Devlok, according to Hindu tradition. Groom sides gained more in wealth and power, from traditional Hindu marriages.”

“She would be expected to support Devas after marriage, when the two sides warred, hard though it may be for her. That’s the Hindu way. What did he do? Marry her, or didn’t he?”

“He didn’t,” replied Rosh. “It wouldn’t have been proper anyway as she was the daughter of his teacher, who in the ancient Hindu value system, was equivalent to father, which made her his sister.”

“Also, Shukracharya had resurrected him, given him life physically, and he had literally emerged out of his body. That also made him Shukracharya’s son really, and so again, Devyani his sister.”

"Genetic engineering is a great Sanjivani Vidya, but whether in vivo or in vitro, human cloning or resurrection using borrowed genetic materials can alter existing familial relationships."

“Back to Kach, even more reason for him to not have married Devayani. Marriage can be hard on the pocket and harder on the soul, you know, even without these complications, for the wisest among us.”

“Kach is reported in the Sambhav Parv of Mahabharat, to have declined not because of any fault Devyani had, but because he did not wish to be remembered by her and by history as an incestuous, ungrateful person.”

“If he really thought of them as his father and sister,” interrupted Isha, “then why didn’t he stay with them? If this really was his family after resurrection, then why the talk of returning to heaven?”

“The Gurukul tradition was that the student returned after completing his study,” sighed Rosh. “Well, whatever may the real reason be behind Kach’s denial, the story is that Kach denied her.”

“Devyani was infuriated. Remembering how she had pined for him, and suspecting that he had only used her to learn Mritasanjivani, she cursed him that his knowledge would be of no use to him.”

“That really pissed him off. He had done nothing immoral. Nothing to deserve her curse. He had not lied to anyone, hid his identity, or learnt Sanjeevani Vidya deceitfully.”

“He had always treated her appropriately, been a model student and repaid his debt to her father by resurrecting him in return. His guru hadn’t commanded him to marry his daughter.”

“This is passion for you. Selfish, self-focused. Unrelenting, unforgiving. As much a curse, as it is a boon.”

Next Story: Read sequel to this story: Yayati Lusts For Youth (Publication Pending)