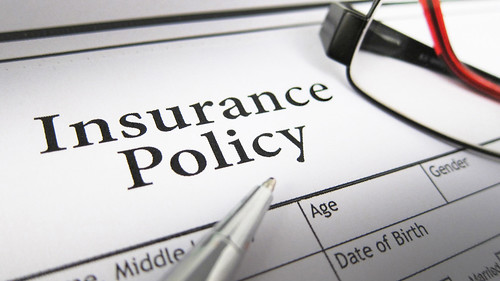 “Unlike many other countries, insurers in New Zealand are almost free to insure or refuse to insure anyone they choose.”

“No Kiwi has a right to insurance, and the insurance industry is free to refuse your application or cancel your policy at its whim. It does not have to provide reasons or justification.”

“What are you doing Pa?” Josh asked as he entered his father’s office. Rosh was working away at his laptop.

“I’m emailing my new insurer to send my bank a currency certificate for my house insurance,” Rosh answered.

"I'm surprised they haven't already done so, as my new policy has been in place for months now."

"If you didn't pay your insurance," Josh sniggered, "Do insurers run to big daddy to complain?"

"They can do," Rosh answered, "In my case, they informed my bank that my policy was being cancelled due to non-payment."

"Cancellation of policies needs to be disclosed when taking new insurance, and can make it hard to get alternative insurance.”

“Why hadn’t you paid them?” asked Josh.

“They had been hiking premiums every year, but then my patience ran out,” answered Rosh, “Hikes used to be about 5% per year even though inflation averaged 2% p.a. during those times. I never made any claims, had a substantial portfolio but each year they made a different excuse."

"The roof caved in after the Christchurch earthquakes, when almost all insurers phased out the “Full Replacement based on floor area policies” overnight and abandoned all shame in hiking premiums.”

"For years now, my insurance costs have been going through the roof. So I shop around each year now, and rotate my business."

"Insurance is a business too Pa," said Josh, "they've got to look after their interests just like anyone else. They may have been underpricing risk up until Christchurch."

"Really?" Rosh wasn't convinced, "Maybe they just got greedier. These changes converted financially illiterate New Zealand population into actuaries and building valuers. It forced them to pay valuers to get valuations, or end up under or over-insuring themselves.”

“But isn't that what happens overseas in many countries?" asked Josh.

"I haven't studied how people insure themselves around the world," Rosh grumbled, "but even if they did insure like this, for normal Kiwis it was a step back."

"They did create a default formula for valuing stuff,” Josh offered, “Getting valuations wasn't necessary unless you had a non-standard or designer built home.”

“Don’t get me started on that,” Rosh stopped typing and turned to face his son, “They passed the parcel. If that formula was sufficient, why make the public provide the "Replacement Sum" figures when the insurer can work it out themselves by asking the insured the appropriate questions anyway.”

“In any case, why would your bank care?” asked Josh, “whether you have paid for your insurance or not. It is your asset after all, so it is your risk. If you don’t insure, you’re the one who’ll lose out if something happens.”

“The bank cares,” replied Rosh, “because even though I own my house on paper, the bank has lent me its money against it. When I take insurance, I disclose this to my insurer and they note my bank as an interested party on my policy. They then write to my bank confirming that they’ve insured my house.”

“If I don’t pay my premium at annual renewals, they can inform my bank. Some banks then write to you warning that if you do not pay, they’ll pay that insurance premium for you and deduct the money directly from your bank account. Banks want to protect their investment should disaster strike.”

“If it is their investment,” asked Josh, “why don’t they insure it themselves?”

“They should,” smiled Rosh, “but that cost would still be passed on to their customer in most cases. So for the end clients, it wouldn’t matter much who paid the insurer as they’d still end up paying for the insurance eventually.”

"That's not a guaranteed outcome in all cases,” Josh argued, “Some, like you, are better negotiators than others."

"Beggars are not choosers son," Rosh answered, but he was pleased at his son's subtle compliment, "Big fish make the rules, smaller fish follow them."

"Even so," Josh was still perplexed, "Home owners with no mortgage don’t have to insure. So if insurance is needed to protect the mortgagee, why doesn’t the bank get its own insurance?”

“It would be yet another cost centre for them,” answered Rosh, “which would need to be recouped. Banks already charge so many of their own fees, that front loading yet another fee wouldn’t be smart business practice. Pass the parcel!”

“They make you pay, so both of you are protected. You still walk away with some illusion of retaining control since you are free to choose an insurer of your own choice.”

“But don’t banks take unlimited guarantees when providing mortgages anyway?” asked Josh, “Why do they have to force mortgagors to have house insurance too?”

“It is one thing to make someone guarantee something,” answered Rosh, “and quite another to make them honor their guarantee and pay-up, especially if their payback ability is compromised by disasters.”

“Insurance protects the banks as the insurer pays if the owner can’t, in such situations. The beauty is that this extra protection doesn’t cost the banks anything.”

“Not only does it help them keep their debt management risks and costs down, it also helps them with their capital management. Customers should ask them for at least a part refund, but none do.”

“Due to banks forcing people wanting mortgages to have insurance, a big captive market is created for insurers. With their ability to hike prices above CPI (Consumer Price Index), insurance industry has become a very lucrative earner.”

“No wonder Warren Buffet loves insurance. Did you know he’s been reinsuring Insurance Group Australia (IAG) since 2000, but has now bought a 3.7% stake in IAG for A$500 million.”

“IAG underwrites over A$11 billion of premiums per year in New Zealand, Australia, Thailand and Vietnam, is eyeing the Indonesian market and has interests in general insurance joint ventures in Malaysia, India and China.”

“Warren’s US firm Berkshire Hathaway will be buying into a 20% share of IAG’s consolidated insurance business over the next 10 years. Why is insurance such a great business?”

“Insurers have great pricing power despite competition. Since New Zealand has a relatively unregulated insurance market, insurers here enjoy many other privileges too.”

“Unlike many other countries, insurers in New Zealand are almost free to insure or refuse to insure anyone they choose. No Kiwi has a right to insurance, and the insurance industry is free to refuse your application or cancel your policy at its whim. It does not have to provide reasons or justification.”

“Because of bank policies and real risks, insurance is no longer a choice. It has become a necessity. Without insurance, many can’t buy a house, operate a business, or should be driving a vehicle.”

“So if you piss off your insurance company, it may cancel your insurance for whatever reason, or for that matter, without any reason?” Josh was incredulous, “the consequences of this could be dire.”

“You bet,” agreed Rosh, “The newspapers in New Zealand have printed many such real stories in the last few years.”

Next TaleTown Story: Banking On Insurance?