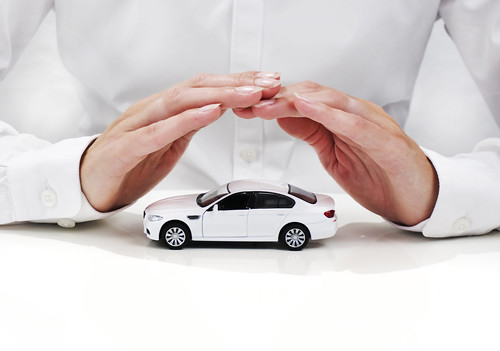 “He’s a practicing specialist insurance lawyer in Auckland. He also runs an insurance information website www.claimshelp.co.nz In one case, he wrote, a couple almost lost their house due to their contents claim.”

“They had made a claim,” Rosh tried to remember Andrew’s account of the cases, “for some property stolen from their daughter at school. This included some shoes and a cell phone.”

“Their daughter had had a bad run, and actually had items stolen on two separate occasions. Misunderstanding the claim form, the mother put the date of loss as the date on which the theft was reported to the Police.”

“The insurance assessor decided that they had lied, and declined the claim. The insurance company then canceled all the insurances for this couple. This included their house, car, and their business insurance.”

“Now the database run by the Insurance Council records any claims that are declined. Consequently, all other insurance companies refused to cover them.”

“No amount of pleading or explanation helped. No other insurance company wanted to touch them because no one wants to insure anyone who has had a claim declined for fraud.”

“The bank threatened to foreclose on their mortgage because there was no insurance, and they were afraid to use their cars on the road because they had no protection.”

“The couple was forced to sue the insurance company through the courts for their initial $100 claim in order to clear their name.”

“When faced with the proceedings, the insurance company backed down, and withdrew the allegation of deliberate false statements.”

“In another case, Andrew tells of a person who was insured by a major insurance company. She was being interviewed by an investigator after a stressful and major burglary.”

“The investigator asked her whether the alarm was on at the time. She said it had been, knowing that she had not turned it on. The investigator left after the interview was over.”

“But her lie rankled her. So, within five minutes of the investigator leaving, she rang him up. He was on his way back to his office.”

“She told him that the alarm was not on, and asked him to change the information. Either way, she would have been covered because her policy covered her even with the alarm off.”

“However the insurance assessor hooked into this as an excuse to decline the entire claim. The insurance company justified the rejection on grounds that she had lied. That she subsequently promptly retracted it of her own volition didn’t matter.”

“Interestingly, the customer had a totally clean record, no previous claims, but had made one slip, which she immediately rectified of her own accord. No good.”

“Is it better not to have an alarm then?” asked Josh, “What if someone genuinely forgot whether the alarm was on or off?”

“You need alarms and window locks to protect yourself against burglars,” answered Rosh, “They are not a requirement for Insurance. You should have them if you can afford to have them.”

“Security companies may even ask if you can afford not to have them. In my book, most security systems are just deterrents. They reduce crime, they don’t eliminate it. But they are useful to have.”

“Since they are proactive protection for the asset, insurance companies recognize this by giving a small discount on the premiums the insured has to pay.”

“But if you have an alarm the insurer may have an expectation that they be checked by a qualified technician every year, costing $150-$300, which is more than the discount you’ll get for having an alarm.”

“I was amused to read that a poster who had installed these, deliberately left them out of his policy because of these concerns and seemed happier paying a few dollars extra in his premiums every year.”

“So it is better to read the small print on your policies, especially with smaller companies. Reportedly, the likes of Youi have many more exclusions than the older bigger insurance companies.”

“When my tenant or their guests vandalized my entire floor coverings along with other things before doing a runner, my insurance company deemed each vandalized item in each area to be a separate event.”

“Since the cost of replacing floor coverings in most of the separate areas was individually less than my policy excess, they declined to pay most of the replacement cost on the grounds that each individual event within my claim was uneconomical."

"Interestingly, the assessor had initially confirmed to me that the whole house would be covered and given me the go-ahead to get it all replaced quickly to mitigate the loss of rent while the house sat untenantable due to damages. The assessor later denied they had given me any verbal confirmations of cover.”

"Why did you choose a higher excess?"  asked Josh.

“With the premiums rising yearly," Rosh lifted his hands in despair, "I had to increase my excess slightly to keep the insurance costs manageable. But the way the policy was applied, the whole point of being insured was defeated.”

“If reasonably big seasoned investors like me got the balance of policy excess and costs wrong, got stumped by insurers changing rules or interpretations at payment time, the only strategy left is to hope, especially with Full Replacement covers now replaced with Sum Insured policies."

"And hoping, as we know, is never good as a strategy. Cos if it were, we wouldn't have needed insurance in the first place.”