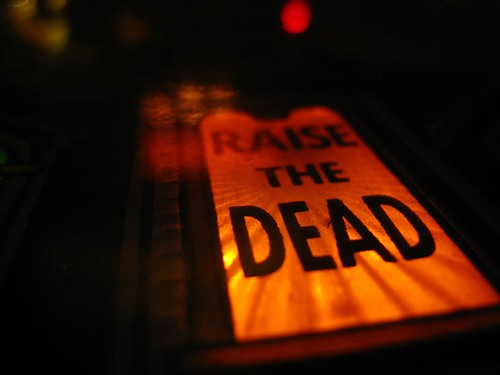 The formula for raising the dead, Mrit Sanjivni Mantra, was known to Shukracharya, guru of the Asuras.

Previous Story: How To Handle Durvasas?

“What happened then?” asked Josh.

“The fallen Devas approached Vishnu for deliverance from their plight and ignominy,” continued Rosh.

“Vishnu suggested Samudramanthan - churning of the Kshirsagar, to extract Amrit, the nectar of immortality. Both saagar and samudra are Sanskrit words, synonyms, meaning ocean.”

“Once Devas drank Amrit, they would become immortals. And who could defeat the immortals?”

“But how to churn an ocean, a body of water so huge? It was decided that Mount Mandara or Mandar Parvat would be used as the churning staff."

"Vasuki, the king of serpents, who abides on Shiva's neck, was chosen to act as a churning rope.”

“But Devas weren’t strong enough anymore to get the job done by themselves. So, they carved out a treaty with their traditional enemies, Danavs, the demons, to use their manpower.”

“Indeed!” Rosh agreed. “And that included all resources the Danavas were masters of, by now. Their technology, their information. Their tools, their men.”

“But then Danavs would want Amrit too,” Josh objected, “wouldn’t they? I mean, why would they help their enemy for free? And if they got hold of Amrit, they too would become immortal! Then, Devas would be back to square one. Feeble immortals fighting fearsome immortals. Devtas would lose again big time.”

“Perfecto!” Rosh beamed at his clever little button. “So, Vishnu assured Devas that he would make sure that they alone get to drink Amrit. But let me tell you what he did to try and solve that problem, and whether he succeeded or not in doing it, when I come to that part of the story.”

Josh nodded quietly in anticipation, but his imagination was now firing on all cylinders.

“When the churning began,” Rosh continued, “the drilling force generated was so great, that the great mountain began to sink into the ocean floor and take the drillers down with it.”

“The giant snake Vasuki, belched out poisonous fumes like a choked-up engine, and writhing in pain, intermittently struck down Danavs closest to its head. Asurs, you see, were pulling on its body to churn the ocean from the serpent’s head side.”

“Why did the Asur agree to do that?” asked Josh. “Why not get the Sur to alternate sides? Or have mixed sides to start with – with equal representation by both parties, on both sides of the serpent’s body?”

“Good questions again,” Rosh smiled. “I can’t factually tell you why, because I wasn’t really there at the time – as party to their negotiations.”

“But at a guess, maybe nobody, including Vasuki, knew what to expect when it all began. So, who would churn from which side may never have been an issue in the beginning.”

“But as any good miner will tell you, sometimes you’ve got to do damage control on the fly, and you can’t just stop the drilling process in the middle. So, instead of side-swapping now, they needed a reliable anvil more than anything else to stop the mountain from sinking. And they needed it fast.”

“Getting Rakshasas to heave from the serpent’s head side doesn’t sound like a coincidence to me,” Isha wasn’t happy with Rosh’s evasive reply. She decided to buttress her son’s objection.

“Sounds more like the Devas being up to their regular devious selves. Still, I can understand Devas wanting to weaken their foes, but how come the Rakshasas never really saw through their schemes. Did they lack foresight too, mightier though they were than the Devtas at the time?”

“Devas were really so weak by then,” Rosh reasoned, “and so few in numbers, that both sides maybe realized that they could neither handle nor survive working on the serpent’s head side themselves.”

“So, it may have been an agreed compromise for a mutually acceptable distribution of the Sagar manthan goodies later on.”

“Remember also, that Shukracharya, guru of the Asuras, knew Mrit Sanjivni Mantra, the formula for raising the dead, with which he could bring the dead back to life. With their teacher capable of reviving the dead, and resurrection guaranteed, why would the Asurs be afraid of dying anyway?”

“Really?” Josh was amazed. “He knew how to raise the dead!”

“Yea,” nodded Rosh. “Not only did he have this knowledge, he wasn’t shy of using it either, to raise the Daityas killed in battle. So, in Asuracharya, the Asur already had an undue advantage, which may also have been part of the reason why they had been beating the shit out of the Suras for such a long time now.”

"Hindu astrology texts talk about Navgrah, meaning nine planets. although in reality, not all Navagraha are planets. Sun, Moon, Rahu and Ketu are included in the Hindu Navgraha count, which modern science does not consider as planets.”

“Before you start making fun of Indian astrology, know that the scientific definition of planets also keeps changing. For instance, only eight of the nine planetary bodies discovered before 1950 are still considered 'planets' under the modern definition. Pluto (the first trans-Neptunian object discovered) isn't."

"Anyway, in Hindu mythology, Shukra refers to the planet Venus, the second-brightest natural celestial body in our night sky after the Moon, and Brahaspati to Jupiter, the largest planet in our Solar System."

“Brihaspati, guru of Devtas, didn’t know how to resurrect the dead. Mahabharat, Matsya Puran and Agni Puran tell the story of Devas sending sage Kach, Brihaspati’s son, to study under Shukracharya to learn the scriptures as well as occult tricks like the Sanjivani Vidya, which could later be used to resurrect Devas back to life whenever they fell dead in wars against the Danavs.”

“Shukracharya tested and accepted Kacha as his pupil. Kach was an obedient, well-mannered, perfectly diligent student and not only did he win the love and loyalty of his teacher, but also unknowingly captured the heart and mind of Shukracharya’s daughter Devyani.”

“The Asurs saw his rising star, and afraid of the longer-term consequences of his learning Sanjeevani, decided to nip the problem in the bud. They killed Kaca. But Shukracharya used Mrita Sanjivani mantra to revive his favorite student and Devyani’s love back to life.”

“Asuras killed him a second time and hid his dead body. Shukracharya found it and revived him again. Asur then killed Kach a third time. This time they burnt his body, mixed his ash in wine, and gave the wine to Shukracharya to drink."

“Unaware of all this, Shukracharya drank that wine. Now his body could never be found. All trace of Kach had finally been erased.”

"When Kach wasn’t seen for days, Devayani was beside herself. Shukracharya suspected foul-play again, and tried to raise him from the dead.”

“When life began to rumble and tumble, taking shape inside his own body, he realized with shock that the wine he had drunk must have had Kacha's ashes.”

“Now he was in an impossible situation. For Kach to be reborn, he would have to die himself. But if he didn’t bring Kach back to life, Devyani would die, as she was madly in love with him, and wouldn't have survived her grief at his loss.”

“Motions and emotions can’t be controlled,” quipped Isha. “Caught between a rock and a hard-place, wasn’t he?”

“Shukracharya found a way,” Rosh smiled at her pun, concluding this story. "He taught Kach Sanjivani Vidya. Kach killed his guru and stepped out of his body into the world of living once again. He then used his knowledge to rejuvenate his guru.”

Next Story: Devayani And Kach