You Spit, I Bow 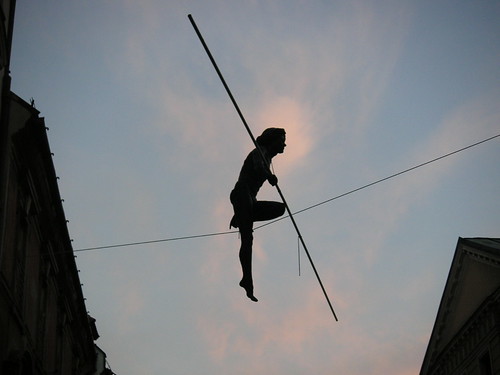 "Pa, how should one act?" Josh asked.

"But isn't it hard to know what is right?" Josh continued.

"It can be hard to know what WAS right, because future interpretations change with the benefit of hindsight."

"But since action is always done in the now, it is not that hard to know what IS right in the present."

"If you are honest and it feels right, do it. It will be right."

"Essentially, it is acting with integrity at all times. Even if it turns out not to have been right later, it will have made you a better judge of what is right in future."

"Right conduct in life is important. It brings peace. In fact, it is so important that it was prescribed by Buddh as one of the key parts of his Noble 8-fold path prescription."

"How can one act with integrity at all times?" Josh asked again.

"Krishn talks about it when he teaches Arjun the way to liberation through Karm Yog (कर्म योग). It is also the central message of Krishn's Gita."

"How can there be action without desire?" asked Josh. "Desires motivate action in the first place. Without attachment, there would be no action."

"Some actions germinate from desire and attachment," Rosh replied, "but not all. You breathe, though you have no conscious desire that causes you to breathe."

"You swear. That's action motivated by a desire, ichcha (इच्छा), to get even with someone. You cry. That's when your attachment, moh (मोह), with something is torn asunder."

"Desire and attachment are not the same thing. You desire to learn, so you go to school. But you take your teddy bear to school with you. That's attachment. Attachment can be to material things, like toys; or incorporeal things, like your beliefs."

"Let me tell you a story I once read somewhere. Ryutaku-ji Buddhist Monastery in Japan was founded by Zen Master Hakuin Ekaku in 1761. During the mid 20th century it was led by a number of influential Abbots, who encouraged and supported the study of Zen by Westerners."

"Americans Philip Kapleau and Professor Phillips were once visiting the Ryutakuji. Soen Nakagawa Roshi was Abbot at the time. He was giving them a tour of the place."

"Both Americans had been heavily influenced by tales of ancient Chinese masters who'd destroyed sacred texts, and even images of the Buddha, in order to free themselves from attachment to anything."

"They were thus surprised and disturbed to find themselves being led into a ceremonial hall, where the Roshi invited them to pay respects to a statue of the temple's founder, Hakuin Zenji, by bowing and offering incense."

"On seeing Nakagawa bow before the human image, Phillips couldn't contain himself."

"The old Chinese masters spit on Buddha statues or burnt them down!" he said. "Why do you bow down before them?"

"If you want to spit, you spit," replied the Roshi. "I prefer to bow."

"So there is no conflict?" asked Josh.

"None, if you don't create it", Rosh answered, "After all, you can't be expected to give what you didn't have."

Next: Gautam - The Buddh