Ocean In A Drop 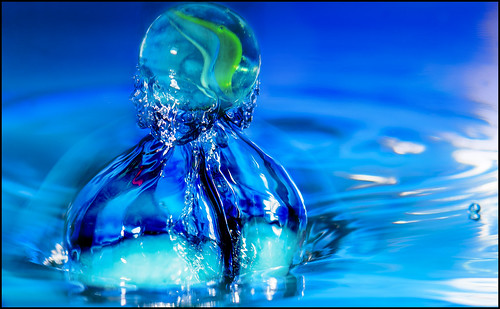 Ocean In A Drop: Philosophical Story On Shankaracharya’s Nirvishesh Advait

Why does boundless Brahm bind itself in an earthly form?

Why be the ocean in a drop?

“Shankar begins his BrahmSutra-Bhashya,” Rosh continued, “by outlining that all experience involves the Subjective and transcendental ‘I’ (which is the pure consciousness) and the ‘non-I’ (which is perceived as an object by the subject).”

“Avidya binds these two logical incompatibles into an experiential ‘I’ and ‘mine’. This, he says, leads to the cycle of birth and death (Sansaar) until the illusion is finally eliminated by Atmalabh.”

“Illusion (Avidya) is the misapprehension of something as something else (like one can mistake a rope to be a snake in a dark night) due to the superimposition (adhyaas) of the unreal on the real.”

“Like the son of a barren woman, the utterly unreal (tuchchh) cannot even appear. The illusory (pratibhaas) is cancelled by the experiential (vyavhaar), like firing a torch and seeing the rope.”

“But Avidya (transcendental illusion) can only be negated by Parmaarth (realization of the transcendental Real) since appearance of the world through Maya is grounded in Brahm.”

“On the realization of right knowledge (that Jiv and ParamAtma are essentially one), Avidya vanishes - just like darkness vanishes when there is light. So. negation is the conscious denial of the apparent reality of a thing mistaken as real.”

“Belief is unnecessary to a detached mind,” Rosh smiled. “We don’t need lamps when the sun is up. For Shankar, Brahm (or Atma) is the Absolute Self, which is self-proved, self-shining and eternal bliss (Sachchiddanand).”

“Being transcendent, it can only be realized through immediate experience, but cannot be known as an ‘object’ through thought.”

“Shankar states that the real knower - the Sakshi (meaning Witness, or Atma, or Brahm) appears as individual self (Jiv). You can visualize this as waves appearing on an ocean [my example].”

“The real known is also Brahm, as it is Brahm which manifests as the objective world. The real knowledge (Pragya) is also the eternal consciousness of the absolute identity of real knower and known.”

“So the Absolute is at once pure Subject, pure Object and pure Knowledge. The profound realization of this Truth eliminates ignorance.”

“Since the Absolute truth is Brahm, the apparent reality is mithya. But it is not a non-entity (tuchchh). The highest representation of Absolute through logical categories is Ishvar (God).”

“Shankar claims that while the multiplicity (including that of the Gods in the Vedas) is perceived by us in our waking and dream states, in the Absolute state (turiya) we realise our ultimate identity with Reality (Brahm).”

Ultimate Reality, according to Shankara, is Atman or Brahman, which is Pure Consciousness (jnana-svarupa), or Consciousness of the Pure Self (svarupa-jnana) which is devoid of all attributes (nirguna) and all categories of the intellect (nirvishesha).

Brahman associated with its potency (shakti) Maya or mulAvidya appears as the qualified Brahman (saguna or savishesa or apara Brahma) or the Lord (Ishvara) who is the creator, preserver and destroyer of this world which is His appearance.

Jiva or the individual self is a subject-object complex. Its subject element is Pure Consciousness and is called the Saksin.

Its object element is the internal organ called the antahkarana which is bhautika as it is composed of all the five elements, with the predominance of tejas which makes it always active except in deep sleep or states like swoon or trance. The source of the internal organ is Avidya, which causes individuality. ...

In waking state, the internal organ is aided by the senses; in dream state, it functions by itself; and in deep sleep it is lost in its cause Avidya. In this state too individuality persists because the Saksin is associated with Avidya. In liberation (Moksh), Avidya is destroyed by Jnana and the Saksin is realized as the Brahman, which it always is.

“If Brahm and Sakshi are the same, why does Brahm bind itself in an earthly form?” Isha asked. “Why be the ocean in a drop?”

“But Shankar accepts that as an experiencing individual, one is certainly related to the rest of the world, to phenomena, to one's skandhas, to the contingent, conditioned environment.”

“But ultimately, the individual self is not alienated from the unconditioned - which is the ultimate nature of one's very being. Consequently, one is not bound forever to one's apparent fragmentariness, and liberation is possible.”

“When ‘I’ merges into ‘Him’, Truth is realized. It is attained only when ‘I’ ceases to exist completely, and nothing remains of ‘I’.”

“Moksh (liberation) or Atmalabh (self-attainment), according to Shankar, is the direct realization of the Absolute Truth, which we already knew (svabhavatah). Nothing, except our own perception of the world, changes when one is liberated.”

“S. Radhakrishnan wrote that for Shankar, 'this moksa is eternal in the true sense, i.e., eternal without undergoing any changes… Moksh' is therefore, not the ‘dissolution of the world, but is the displacement of a false outlook (Avidya) by the right outlook, wisdom (Vidya)'.”

“The second undercurrent in Shankar's thought is the more difficult to discern, a more negative dialectic sort of view. The nature of Brahm and Avidya, according to this view, cannot completely be comprehended.”

“It can only be signaled through what it is not (neti neti, as declared by the Upanishadic sage Yagyavalkya in his explanation of the immanent and transcendent nature of Brahm) and by a negation of attributes.”

“So it is understood, if at all, by noting that it is not this, it is not that, or it is more than this or that, giving us a sort of mystical position. Consider, for example, Shankar's view on the nature of Avidya (Sharma, p.252):”

But it is not a non-entity like a hare's horn (tuchchha). It is positive (bhavarupa). It is potency (shakti). It is also called superimposition (adhyasa). A shell is mistaken as silver. The shell is the ground on which the silver is superimposed. When right knowledge (prama) arises, this error (bhranti or bhrama) vanishes. The relation between the shell and the silver is neither that of identity nor of difference nor of both. It is unique and is known as non-difference (tadatmya).

“So, for Shankar, the Self exists, and is identical with Brahm. Brahm is devoid of all attributes (Nirgun) and all categories of the intellect (Nirvishesh). Brahm appears as this world because of Avidya.”

“When Gyan eliminates Avidya, the experiential appearances vanish like darkness is eliminated by light. They simply cease to exist. Nothing of them remains. This state of pure consciousness is called Moksh.”

“So, depending on how one looks at it, this Absolute state can also be perceived as a state of Nothingness. Buddhism, however, disagrees.”