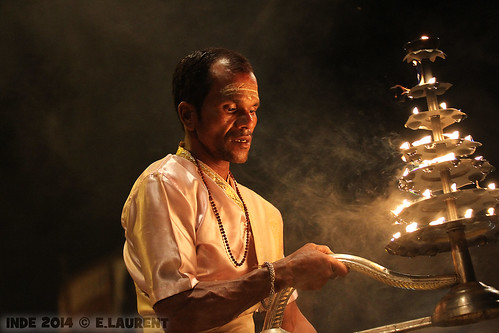 “It was still too fleeting for me,” Isha smiled at him. “I want to understand more. More deeply.”

"The Tao says, that those who know, do not (for they cannot) speak; and those who speak, do not know," Rosh smiled meaningfully back at her.

“And yet,” she objected, “Buddha returned. To speak…”

Husband and wife sat comfortably, enjoying their conversation as well as the warmth of the log fire blazing in their fireplace. The kids were sleeping soundly in their warm beds. The night outside was silent and still.

Isha waited patiently for him to continue. He knew when he was defeated.

“Ok,” he sighed. “I will try and form the words, to help you reach that knowing silence…”

“Pope John Paul II once wrote in his Encyclical:"

A cursory glance at ancient history shows clearly how in different parts of the world, with their different cultures, there arise at the same time the fundamental questions which pervade human life: Who am I? Where have I come from? Where am I going? What is there after this life?...

These are the questions which we find in the sacred writings of Israel, as also in the Veda and the Avesta; we find them in the writings of Confucius and Lao-Tze, and in the preaching of Tirthankara and Buddha; they appear in the poetry of Homer and in the tragedies of Euripides and Sophocles, as they do in the philosophical writings of Plato and Aristotle.

These are questions, which have their common source in the quest for meaning, which has always compelled the human heart. In fact, the answer given to these questions decides the direction which people seek to give to their lives...

“Vedas, the oldest extant literature of humankind, answered these questions. Gautam -The Buddh, and many other realized beings in various religions and philosophies have explored them.”

“The answers are so similar and yet so different. They are so simple, and yet we struggle to fully comprehend their import. We fail to absorb their teachings in our life.”

“Exploring these answers in the rich philosophical, religious and theological content of the whole literature of humankind is beyond what anyone can reasonably hope to do in a lifetime.”

“Understanding the teachings of these two scholars is difficult without first knowing where their philosophies lie in the context of related Vedic thought and Buddhist literature chronologically.”

“So, let me begin with a brief historical survey of the Vedic Philosophy, before introducing you to the Nirvishesh-advaitvaad of Shankar.”

“And quickly trace the Buddhist Philosophy, maybe up to Chandrakirti, before introducing you to Nagarjun's Madhyamika Philosophy, which embodies Shunyavaad, and his Madhyamaka dialectic, which he used extensively to clear the ground of all contemporary theories to pave the way for Pragya.”

“As I do this, I may have to introduce other scholars whose thought has a bearing on my reflections on the ethics propagated by Shunyavaad.”

“Take your time,” she smiled sweetly at him and settled back comfortably. “We have all night.”

“The earliest sources of our information regarding Indian thought are the Vedas,” he began, “which are not a single work, but a whole literature. Ved means knowledge, you know.”

“I know,” she agreed. “There are four Vedas: RigVed, YajurVed, SaamVed and AtharvaVed. All Vedas essentially have Mantras (which are hymns) and Brahmanas (which are the prose parts).”

“Aaranyaks, the appendages to these Brahmanas, mark the transition from ritualistic to philosophic thought. The concluding portions of these Aaranyaks are called Upanishads, which are intensely philosophical and spiritual.”

“Correct,” Rosh smiled. “The exact chronology of the Vedas is still uncertain. But what is certain, is that the Veda proper, including the chief Upanishads, are older than Buddha, who is known to have died about 480 BC. The later limit of the Vedic period may accordingly be taken as 500 BC.”

“Dr. Winternitz in his History of Indian Literature, fixes the beginning of the Vedic period somewhere between 2000 and 2500 BC. While these dates estimate the period of their written composition, the oral traditions on which the Vedic texts are based are commonly believed to go back perhaps thousands of years further.”

“In his book Eastern Wisdom, Michael Jordan categorizes Hindu philosophy into six broad schools (systems of opinion) which are orthodox (Astik, meaning they recognize the authority of Vedas and are Brahmanical in their discipline), and contrasts them with three heterodox (Nastik, which deny the Vedic authority) schools.”

“Regardless of their different approaches, they all emphasize the need for practical realization of truth and the importance of gaining intuitive experience from religious conviction.”

“Mimamsa and Vedant try to interpret the Veda, while Nyaya and Vaiseshika use logic, and Sankhya and Yoga rely on Philosophy and Metaphysics.”

“The most popular text of the Mimansa School (popularly called Purv-Mimansa, Purv meaning ‘earlier’) is attributed to the Hindu philosopher Jaimini (c. 200 BC - 200 AD) who compiled MimansaSutra.”

“In this, he tries to explain the real nature of Dharm (religious law or duty) by focusing on Karm (action), and reasons about Karma-Kanda (VS, Vol. XXXIV) - the Brahmanical sections on sacrificial Vedic rites and their expected outcomes.”