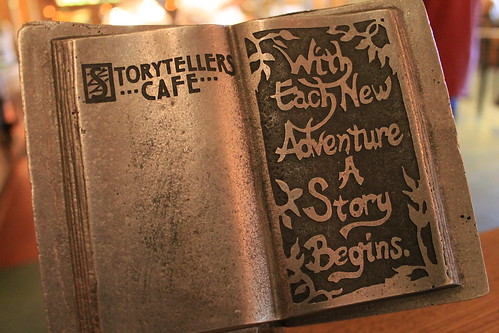 Hosh stood up quietly from his father’s bed, and walked to the balcony outside the room through the ranchslider.

He stared at the lush green spread out below him. As far as his eye could see.

Unbroken, it reached the Waitakere foothills, climbed up the mountains and became thick bush.

He thought about his father’s future work. Creating and publishing stories – inspired by life.

Creating another Upanishad! A contemporary Upanishad! Perhaps an Upanishad retold!

Would he read it? He knew he would, he loved his father’s stories anyway.

He turned back to his father’s bed inside the room and tried to focus on what his father was saying.

“Even if they are never ordered into a sequential book”, Rosh was saying, “I would not have failed. For I would have told my stories, shown you what I needed to show you.”

“Try not to treat them as a manual to lead your lives by, for we must all find our own unique way. But we can learn from history, and be guided from others.”

“Only a fool learns from his own mistakes. The wise learn from the mistakes of others. I hope they can guide you like a beacon on whatever path you eventually choose in life.”

“They can be marketed as a collection of stories”, Isha suggested, “People, a lot lesser than you, have made a name in writing. And a lot of money.”

“Money corrupts purpose,” Rosh replied, “I won’t be able to write anything if I focus on trying to sell what I’ve written. Then I’ll begin to write to sell. The means will become an end.”

He had neither thought of nor elucidated his post GFC (Global Financial Crisis) future till this morning. But what he wanted to do came to him now with surprising ease and clarity.

“Fame and the need for approval corrupts too. I don’t want to be writing like I ended up having to do for my graduation. Writing for a desired result.”

“Doing endless reiterations in many of my papers before final submission to get an A+. Spending countless hours to do meaningless amendments in work just for my Professor’s approval.”

“A great result was satisfying in the end, but learning itself became a job. A bore. I couldn’t study anymore after that. No, I don’t want to sell them.”

“A story which survives in time is a successful sale in itself. So I do want to sell something useful in my stories. I don’t want to write meaningless drivel.”

“I want my stories to outlast me but I want no payment for them. In fact, to make worthwhile the amount of effort and resources their creation will commandeer, they should be spread far and wide.”

“Do you care whether they’ll respect your work or not?” Hosh spoke up finally, “Some will, some won’t. So what? You will have done what you wanted to do. Write them.”

“If the stories deserve success”, answered Rosh, “they will command it. If they don’t, then too they will meet a fate they deserved.”

“By not respecting a work, I meant people may not even want to read them in the first place because they are available for free. Free stuff is not generally perceived as potentially of great value.”

“Does it matter to you how they are perceived?” Hosh asked again, “Wouldn’t you be fulfilled if your stories can light just one other lamp? Anything more would be a bonus.”

“Your breakeven is low, your success is guaranteed. All you have to do is to focus on writing well. On creating value, at least in your own eye.”

Silence prevailed in the room, as the family paused to ponder this.

“You are right”, Rosh agreed, “I must focus on why I want to write them? And on what I have to tell? I must do it for myself. Swāntah sukhāy (स्वान्त: सुखाय). For my own contentment.”

“So I can die in peace, knowing that I created value. Knowing, that I gave with my own hand, my own will, the best of what I had. I created hope and possibly a better tomorrow.”

“My duty as father, was to guide my children. Nurture them, culture them, and then to hand the family baton over to them. What have I achieved?”

“I was able to do much less than what I would have liked to do. Now time slips out of my hand, like sand from a clenched fist.”

“You will soon be a man, no longer needing any guidance or support from me. I am content with what I have been able to do for you, and with what you have become already.”

“I have done what I could for my wife. She is self-sufficient now, although I will still continue to do things that ensure that she is well provided for.”

“But with Josh, I feel I have failed him as a father. And with Pa, I feel I haven’t been able to do anything for him. I do not wish to die with these regrets. With guilt.”

“So I will write, to begin with. Not for money, though obviously money helps projects get off the ground, survive and grow. Money provides sustenance and longevity to ideas.”

“And not for fame, though I think recognition will help spread the stories far afield. Further than I can take them myself, with my own resources and skills.”

“I will make them readily available. For free. Forever. And my children will ensure that the legacy continues and they remain so even after I am gone.”

“What about the money?” Isha asked, “You will need money. For this, and for us.”

Next: Life Is A Beach