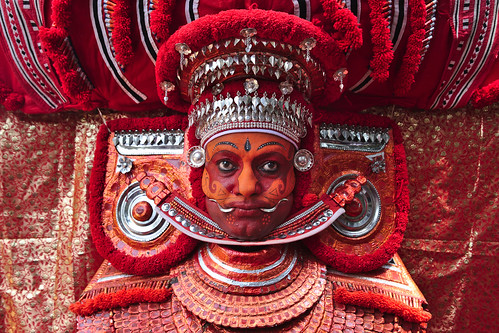 “Right from the early 400's,” Rosh continued, “the Huns had begun to pressure the Guptas. By 480 AD, the Guptas had lost, and the Huns had taken over northern India."

"Western India was overrun by 500 AD, and the last of the Gupta kings were eliminated by 550 AD.”

“The Hun migrations actually pushed all the way to the doors of Rome. But strangely, they gradually assimilated into the indigenous populations of India and Europe, and their state weakened.”

“The power vacuum resulted in the rise of the Vardhans of the Pushyabhuti dynasty. The Vardhans of Thanesar, your hometown, began uniting the republics and monarchies from Punjab to central India.”

“After the death of Harsha's father Prabhakar Vardhan, and the assassination of his elder brother, Rajya Vardhan, the 16-year-old Harsha Vardhan was crowned Maharaja in April 606 AD.”

“He soon made an alliance with King Bhaskar Varman of Kamarup (Assam) and warred against King Shashanka of Gauda (Bengal), his brother’s assassin.”

“Harshavardhan was perhaps one of the greatest conquerors of Indian history, and between 606-647 AD, he stretched his Empire to cover much of North and Northwestern India. It extended East till Kamarup, and South until Narmada River.”

“His biography Harshacharit (translated: Deeds of Harsh), written by Sanskrit poet Banabhatt, describes his association with Thanesar, besides mentioning the defence wall, a moat and the palace with a two-storied Dhaval Grih (Sanskrit for White Mansion). That, my dear, was also the first time in world history when a White House represented the seat of political power.”

“Harsha was a brilliant administrator and a great patron of culture. His capital city, Kanauj (in Uttar Pradesh), extended for four or five miles along the Ganges River and was reportedly filled with magnificent buildings.”

“The Chinese traveller and Buddhist monk Hsüan-Tsang, who visited the court of Harsha, wrote highly of him, praising his justice, administration and generosity.”

"He wrote that only a fourth of the taxes Harsha collected went to the administration of the government. The rest went to charity, awards, and culture: art, literature, music, and religion.”

“Like Ashok, Harsha later converted to Buddhism in a Hindu India. I find this interesting, as Buddhism, with its central tenet of ahimsa, seems to find recurring resurgence after periods of great bloodshed in India but seems to wane after Buddhist rulers lose territory against violent invaders.”

“Meanwhile, the Pallavas, like the Guptas doing in the North, had been providing great patronage to Sanskrit development in the south of the Indian subcontinent during the 4th to 9th centuries. The Pallava reign (Tamilnadu) reportedly saw the first Sanskrit inscriptions, in a script called Granth.”

“Pallavas also had connections to the Southeast Asian countries. Using Dravidian architecture, they built some very important Hindu temples and academies in Mamallapuram (Mahabalipuram) and Kanchipuram etc. Their rule also saw the rise of great poets like Bharavi and Dandi.”

“Pallava reign peaked during the times of Mahendra Varman I (571 – 630 AD) and Narasimha Varman I (630 – 668 AD) and dominated the Telugu and northern parts of the Tamil region for about six hundred years until the end of the 9th century.”

“Due to extensive trade over long-established sea trade routes with the Indian subcontinent, the Hindu culture had become the dominant culture around the Bay of Bengal, and profoundly influenced the art and cultures of Burma, Cambodia, Indonesia, Thailand and Sri Lanka etc.”

“So, in many ways, this 1,000 year period since Ashok can really be thought of as the age of ‘Greater India’, with cultural activity in India and neighbouring nations building off the base of Indian culture.”

“Signs of this deep cultural influence exist even today, in these countries. The Ramakien (Thai for Glory of Ram) is Thailand's national epic, derived from the Hindu epic Ramayana.”

“Hinduism is one of the six official religions of Indonesia, and Indonesia still has the largest number of Hindus living in the region outside of South Asia.”

“Mahabharat Stories have been traced in Indonesian islands to the 1st century, whose versions mirror those found in Tamil Nadu and southern Andhra Pradesh.”

“Cambodia’s Angkor Wat, a UNESCO World Heritage site, and considered one of the ancient wonders of the world, is the largest existing Hindu temple of the world.”

“This magnificent monument was built as a Vishnu temple by King Surya Varman II, of the Khmer Empire, before being transformed into a Buddhist temple towards the end of the 12th century.”

“Cambodia was first influenced by Hinduism during the beginning of the Kingdom of Funan. Hinduism was one of the Khmer Empire's official religions.”

“By the 7th century AD, Khmer people inhabited territories along the Mekong river - the world's seventh longest river - from the delta to roughly the modern Cambodia-Laos border, plus the region between that river and the great Tonle Sap lake to the west.”

“Between 800 – 1430 AD, the Khmer was a powerful state in South East Asia, with their empire covering much of Cambodia, Thailand, Laos, and southern Vietnam. At its peak, it stretched as far as Burma and southern China.”

“Despite millions invested by China to highlight Cambodia’s Chinese Buddhist history, Cambodia continues to preserve its Hindu heritage while maintaining its Buddhist identity.”

“Did you know that Cambodia is home to one of the only two temples dedicated to Brahma in the world. Even today, names like Devi, Vidya, Rama, and Krishna are popular among Cambodians.”

“Did you know that Ramayana is known as the Reamker in Cambodia, and Khmer versions of Ganesh, Hanuman and Mahabharat still occupy a prominent place in its popular imagery.”

“Hundreds of thousands of global travellers flock to the Kingdom Of Cambodia to visit the famous Angkor Wat temple every year.”

“Did you know that this archaeological masterpiece is not only the world's largest religious complex but was also part of one of the largest pre-industrial cities in the world.”

“Scientists are only just discovering the lost cities of Khmer, but the Angkor travellers remain unaware that it was part of a medieval city conquered by the jungle.”

“Tell me more about this lost civilization!” said Isha.