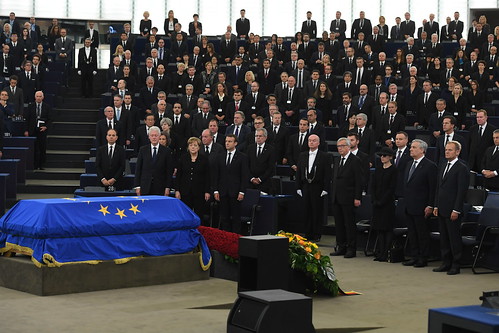 Isha had forwarded a post to the WhatsApp Family Chat group. It read:

Dear God,
A very good evening.
Om Puri, Vinod Khanna, Reema Lagoo, Shashi Kapoor, and now Sridevi.
I appreciate your keen interest in Indian films.
Dear God, I hope you will take a little interest in politics as well.
Thanks in advance.

Rosh smiled and typed in a reply. It read:

God's reply to that letter:

Dear Child,
A very good evening to you too.
Mario Soares, Martin McGuinness, Manuel Noriega, Helmut Kohl, Olive Yang, Jalal Talabani, Ali Abdullah Saleh, and now Michael I.
I find politicians interesting too, you see. But when are you going to get off Indian gossip channels on YouTube, and take a little interest in global current affairs.
Lots of love.

“Who are they?” Isha asked Rosh, when she had arrived home from work an hour later.

“Haven't you heard of any of them?" Rosh was surprised. “Mário Soares, was the Portuguese politician who oversaw Portugal’s transition to democracy in the difficult years of the 1970s.”

“After the Carnation Revolution, he served twice as Portugal’s prime minister, before becoming Portugal’s 17th president in 1986.”

“He held the presidency for a decade, overseeing Portugal’s decolonization and integration into EEC (European Economic Community) which eventually became EU (European Union).”

“He was reputedly Sinn Fein's chief negotiator during the Northern Ireland peace process, which culminated in the Good Friday Agreement to help end The Troubles, a period in Northern Ireland of bombings and assassinations between the IRA, British, and Loyalist factions.”

“Manuel Noriega was dictator of Panama in the 1980s. He took power in a coup with General Omar Torrijos in 1968, a year after I was born. Originally an ally of the US, he got involved in Panama’s drug trade, and reportedly sold sensitive information to US adversaries.”

“When a Panamanian soldier killed a US Marine, USA launched Operation Just Cause, invading Panama 'to protect American lives, restore the democratic process, preserve the integrity of the Panama Canal treaties and apprehend Manuel Noriega’.”

“Noriega was arrested and spent 18 years in a US prison. He was extradited to France in 2010 to face money laundering charges, but was sent back to Panama, where he had been convicted of human rights abuses in absentia.”

"Helmut Kohl was reportedly a member of the Hitler Youth during the war, who became a politician and rose through the ranks to become the Chancellor of West Germany in 1982.”

“He was the guy who oversaw reunification and some of the greatest transitions of post-war Germany, mending relationships with France and helping end the Cold War by pursuing diplomacy with East Germany’s Erich Honecker and Soviet Union’s Mikhail Gorbachev.”

"When I was growing up, we were writing essays on these great men. Kohl thought is influencing international policies even after he's gone. His protege Angela Merkel has applied salve to how many Syrian refugee wounds in the still raging tragedy."

“After the Berlin Wall fell in 1989, Kohl oversaw the reunification of Germany and served as first Chancellor of the reunited Germany in 1990. He was also the architect of the Maastricht Treaty, which established the European Union and the Euro. He received the first ever EU state funeral.”

“Olive Yang, or Yang Kyin Hsiu, nicknamed Miss Hairy Legs, was the half-sister of Sao Edward Yang Kyein Tsai, the saopha (chief) of Kokang, a state in post-independent Burma in 1949.”

“She was from a wealthy family in Burma’s Shan state, but refused to follow the societal standards of her society, and chose to live in the jungle as a Burmese warlord and an opium smuggler.”

“Yang reportedly founded a militia called ‘Olive’s Boys’, who were former members of the Kuomintang trying to continue their fight against ‘Red China’ in Thailand and Burma in the 1950s.”

“An important player in in Southeast Asia’s Golden Triangle drug ring, Yang took control of the Shan state’s army and became the region’s de facto ruler, after her brother stepped down from power in 1959.”

“After being arrested and put in jail, she helped the Burmese government negotiate a truce with ethnic rebel groups in Kokang that lasted until 2009.”

“Jalal Talabani was an important leader of Iraq’s semi-autonomous Kurdish region, known as Kurdistan. He was the first non-Arab president of Iraq, popularly called Mam Jalal (uncle Jalal) among Iraqi Kurds and Arabs.”

“He became president of the National Governing Council Of Iraq after Saddam Hussein was overthrown, and after establishing a new constitution, served as Iraq’s president between 2005 – 2014.”

“Ali Abdullah Saleh, first president of Yemen after North Yemeni unification with South Yemen, was the dominant force in Yemeni politics for the last three decades.”

“He was one of the leaders of North Yemen’s 1974 military coup, and became President of Yemen Arab Republic after a series of assassinations.”

“He united North and South Yemen in 1990, and managed to stay in power until the Arab Spring in 2011. After resigning from power in 2012, he came back to Yemen on the side of the Houthi rebels.”

“After showing signs of wanting to negotiate with Saudi Arabia and potentially switching sides, Houthi forces killed him as he was trying to flee the Yemeni capitol, Sana’a.”

“And finally, Michael I. He was the last King of Romania, and the sole surviving Supreme Commander-in-Chief of a European State in World War II.”

“Even though most Romanians are not monarchists, an opinion poll in January 2012 had placed him as the most trusted public figure in Romania, far ahead of the Romanian political leaders…”

His phone beeped. A family member had posted a retort to his post. It read:

Dear God,
But none of these were Indian politicians. How could I get you interested in politics closer to home?

He smiled, and typed in a quick riposte.

Isha laughed out loud when it appeared on her screen. Rosh had written:

“Gosh Rosh,” she exclaimed sweetly at him. “I’ve heard of none of these either.”

Rosh sighed, and settled down for a long evening ahead…