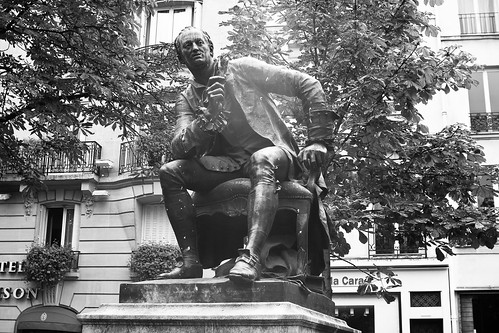 Previous Story: The Power Of One

Rosh was preparing to sell one of his rentals.

“It could do with a roof paint”, said Isha.

“The roof looks great”, commented Isha, “but it really makes the exterior cladding look a bit tired. Maybe we should paint that too.”

“Ok”, he said, and re-painted the exterior walls.

“The top shines”, Isha said, “but it really doesn’t go with the baseboards anymore. We need to freshen them up.”

“Sure”, he said, and re-painted the baseboards.

“Gee, it looks so prim”, sighed Isha, “but the fence finish looks so out of place now.”

“Sure”, he said, and re-painted the whole fence.

“The concrete in the walkways and carport really stand out now”, she lamented.

“No worries”, he said, and water blasted the whole concrete.

“How does it look now?” he asked, when it was all done. It had taken much more time, effort and money than he had planned.

She looked at him sadly but did not answer.

“Tell me!” he insisted, knowing there was something else bothering her.

“It is a shame”, she whispered finally, “that you have done such a good job on the outside. One steps into the house, and the inside now feels like an anti-climax. Perhaps a couple of coats on the ceiling …”

He stared at her for a moment, then threw his head back suddenly and laughed.

“I see”, he said finally, “Your serenity has been robbed by the Diderot Effect. And I've been had as a result.”

“What are you talking about?” she asked, perplexed.

“Denis Diderot”, he answered, “the famous French philosopher, was the co-founder and writer of Encyclopédie, one of the most comprehensive encyclopedias of the 18th century. He was renowned and pretty learned but also poor. All that changed in 1765, when he was in his early fifties.”

“Catherine the Great, Empress of Russia at the time, had heard of Diderot’s financial troubles. So she bought his library from him. Suddenly, Diderot was rich.”

“With his new found wealth, Diderot did what he needed to do with the money, but much was still left over. So he bought himself a beautiful new scarlet robe. The old dressing gown was relegated. That’s when everything went wrong for him.”

“He found his new robe so beautiful, that everything else he now had seemed dull in comparison. He wrote, “there was no more coordination, no more unity, no more beauty” between his robe and the rest of his stuff.”

“So he felt compelled to buy new things to match his beautiful robe. The old rug was replaced with a new one from Damascus, his modest desk with a larger handmade one, his straw chair with a leather one.”

“He re-decorated his home with beautiful sculptures. A new mirror was bought to place above the mantle. You get my drift. The story ends with Diderot in debt, broke and unhappy.”

“I was the absolute master of my old robe” he wrote later with regret, “I have become the slave of the new one...Beware of the contamination of sudden wealth."

“This type of reactive purchasing is now famously known as the Diderot Effect. It explains why we want things we didn’t need before something new or better came into our life.”

“Diderot’s new dressing gown changed the vision he had for himself. He now desired to have everything in his home to match this new vision of himself, even if it meant replacing almost everything he was happily using up until that point.”

“It made him justify consuming more than he needed to earlier. Consequently, he ended up buying or doing things that he earlier never needed to feel happy or fulfilled.”

“It led to an unnecessary consumption spiral, and made him unhappy and broke. We do this heaps too, in our own lives. We buy a new suit and now we have to get shoes and tailored shirts to match.”

“We buy a Gym membership and soon we’re paying for foam rollers, knee sleeves, wrist wraps, and nutritional supplements. We buy our kids a Laptop, and suddenly they need to buy a printer, software, modem, flash drives, a newer smartphone to sync with their new laptop.”

"Diderot’s essay was written as a warning on consumerism, but his insight also created a powerful marketing tactic. Our buying decisions are more than just a few lines on a till receipt. They also reveal the core of our identity and desires."

"Businesses like Apple and Sony understand this. They regularly inspire users to upgrade simply by making a newer, more improved smartphone available. Even though the old phone works perfectly, awareness that a new version exists, inspires a sale."

"In such a case, consumers aren't just buying a new item. They are buying it to replace one that is still working fine. Is my house immune to their charm? No!"

"I've been trying to teach my kids value buying, yet what do they hanker for? A newer iPhone! Not because it works better or is better value, but because it changes their sense of identity. They sell it to themselves, and then no amount of logic can unsell it to them."

"It makes great marketing sense for brands to sell an identity more than the product, benefits more than the features. Treat yourself, you are worth it. Use this, your life will improve. Knowing full well that upgrading once or upgrading one thing would be rarely enough. Just one upgrade will start a lucrative chain reaction."

“Knowing all this didn't help us. We were still felled by the Diderot effect. Painting the roof gave us a sense that our home looked more desirable now. It said something about us. So, we set about changing everything else in the home that didn't say the same thing about us."

"I’ll repaint the ceiling if you want. But then the walls will look ugly. I’ll do them too if you want. Then the doors and joinery scratches will stand out. If I fix them, the carpet and vinyl will have to go. Then having a new bathroom and kitchen to match the new décor will become more appropriate.”

“We live to accumulate. We rarely aim to downgrade, to simplify, to eliminate, to reduce. Our natural inclination is always to add, to upgrade, to build upon. "The pressure to upgrade our stock of stuff”, says sociology professor Juliet Schor, “is relentlessly unidirectional, always ascending.”

“Master the Diderot Effect”, Rosh said simply, “Diderot’s story had a lesson. That poverty has its freedoms; opulence has its obstacles.”

“No wonder he was at peace with himself, and with his station in life.”

Next Story: Cutting Your Coat