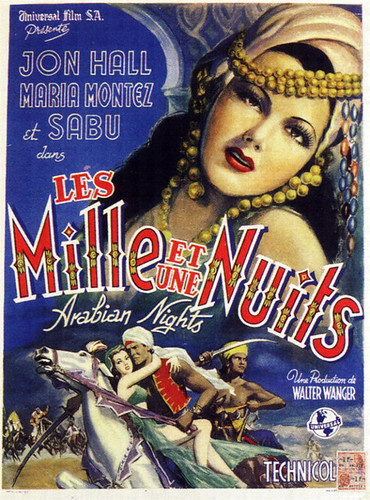 "This French translation was done by Antoine Galland, who had called it Les mille et une nuits, meaning One Thousand and One Nights."

"His tales appeared in twelve volumes between 1704 and 1717 and exerted a huge influence on subsequent European literature and attitudes to the Islamic world."

"As with any popular folk tale which has survived over centuries, it is hard to really tell which part of the tale is original."

"What is common throughout all versions though, is the initial frame story of the Sultan Shahryār, whom his wife Scheherazade tells a series of tales (most fairy tales) over many nights."

"What is a frame story Pa?" asked Josh.

"It is one story, in which there are other stories told. This technique of telling stories within stories has its roots in the earlier Persian and Indian storytelling traditions, most notably used in the Panchatantra."

"The Nights, however, improved on Panchatantra's slightly preachy and repetitive style. Stories in Panchatantra, were introduced by the frame story through phrases like "If you're not careful, that which happened to the louse and the flea will happen to you."

"In Nights, stories got introduced more subtlely, like in answers to questions raised in previous tales. Here, some were framed within other tales. Others began and ended of their own accord."

"These stories weren't particularly respected in the Arab World for centuries, as Arabs dismissed these as khurafa (improbable fantasies fit only for entertaining women and children)."

"They regularly denounced them as vulgar, improbable, childish and, above all, badly written. But Galland's translation captured the world imagination from the beginning. Other translations followed."

"Today Aladin, Ali Baba and Sinbad are cultural icons in the West. But their stories - Aladdin's Lamp, Ali Baba and Forty Thieves and tales of Sinbad the Sailor, were not originally part of The Arabian Nights in Arabic versions. They were added later into the collection by Antoine Galland and other European translators."

"Some earlier editions contained only a few hundred nights, others 1,001 or more. An uncensored English translation of the Arabic original was done by Sir Richard Francis Burton. He called it The Book of the Thousand Nights and a Night. This is the version I read, and will adapt from when I tell you these stories."

"But note how popular these stories must have been over centuries to people of so many nations and cultures, including the Arabs who ostensibly regarded them with disdain. That is why they survived the test of time. And are still there with us today, continuing to entertain us and guide us."

"Why did you choose to read Burton's translation in particular, Pa?" asked Josh.

"I read Burton's, not because I knew that his version was unexpurgated, but because Burton was an interesting man in himself. In 1842, after being expelled from Oxford University, this Englishman enlisted in the army of the East India Company and went to India. Hence my interest in him."

"Here he learned Farsi, Hindustani, Afghani, Pashto and Arabic languages. He travelled through many continents and became a linguist of dazzling ability, speaking 29 European, Asian and African languages and 11 dialects."

"He wrote 43 books on his travels and two volumes of poetry. In addition to translating The Arabian Nights, he translated six volumes of Portuguese literature, two volumes of Latin poetry, and four volumes of Neapolitan, African, and Hindu folklore."

"He was a man deeply interested in sex and sexuality. Together with Forster Fitzgerald Arbuthnot, he created The Kama Shastra Society to print and circulate books on sexuality, which were considered pornography at the time of publication and would have been illegal to publish in public at the time."

"This manuscript entitled The Scented Garden was burned after his death by his wife, Isabel Arundel. When you grow up more, I will tell you things from The KamaSutra. On how to have pleasurable sex and lead a sexually contented life. It will make you a better, more caring and more informed lover."