Previous: Encounter In The Alley 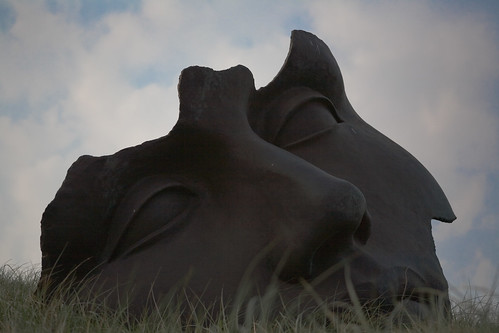 "You are at home all day", Isha complained, "you can do some of the house chores that need doing. Especially, as we are all away working."

"I don't want to", Rosh said angrily and moved out of the room.

She left him alone. He had been grumpy like that for months now.

"Let him be", she admonished Hosh as he stood up to follow his father out, "He'll be all right. Just leave him alone."

Rosh heard her as he walked up the stairs to his conservatory. The sun was setting behind dark clouds that threatened to drown the world today in pain.

Man became a burden on society, family and friends when he could no longer lift his own weight. A utilitarian object in a world that had no use for the old or infirm.

'Was I a good sower?' he thought, 'Will I be alive to see what my harvest was like. Do I want to see?'

A Zen story flashed on the canvas of his depressed mind:

A farmer had gotten so old that he couldn't work the fields anymore. So he spent the day just sitting on the porch.

His son, still working the farm, would look up from time to time and see his father sitting there.

"He's of no use any more," the son thought to himself, "he doesn't do anything!"

One day the son got so frustrated by this, that he built a wooden coffin, dragged it over to the porch, and told his father to get in.

Without saying anything, the father climbed inside.

After closing the lid, the son dragged the coffin to the edge of the farm where there was a high cliff. As he approached the drop, he heard a light tapping on the lid from inside the coffin.

He opened it up. Still lying there peacefully, the father looked up at his son.

"I know you are going to throw me over the cliff, but before you do, may I suggest something?"

"What is it?" replied the son.

"Throw me over the cliff, if you like," said the father, "but save this good wooden coffin. Your children might need to use it."

The sun had vanished. Rosh sat alone in the dark conservatory. Finally, he could bear it no more. A solitary tear rolled down his cheeks.

As if on cue, the dark clouds opened their hearts and wept with pain all night.

Next: The Pursuit Of Happiness