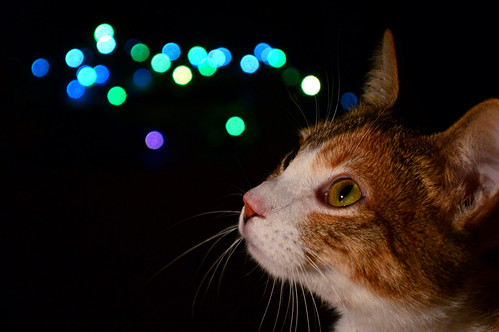 Unknown desires emerged from the depths of his mind. Rosh weaved them into a funny poem for Isha.

Their kids jumped in, singing & banging…

Isha came and sat beside Rosh.

“Recite some poetry,” she said.

“What?” Rosh asked laughingly. “It’s a struggle making ends meet. Some memories, some hopes, some desires are all that remains. What else is there to recount?”

“Then narrate them,” said Isha. “I feel like hearing something from you.”

Rosh laughed at the bribe. Some thoughts metamorphosed into words and came up to the lips. He spoke:

(Note: Poetry translation follows below. For the original Hindi poetry, please read the Hindi version of this story on TaleTown.Org)

O Fortune, patch up the torn sack with velvet
Give water to the thirsty, feed roti to the hungry

Isha burst out into laughter. Seeing their parents laugh, both kids came running too. Looking at them, Rosh said spontaneously:

Isha smiled. Rosh’s desires began to get wings. He couldn’t stop himself, and added:

Vivid intoxication spread in the veins, the world get funny
When a spell lights up in the eyes, let it rain a little

“If wishes were horses,” Isha teased him, “every beggar would ride.”

“Horsey!” Josh insisted, on hearing the word ‘horse’. He had been reminded of the animal.

Rosh mounted him up on his shoulders, and moved the poem ahead:

Let the horse become an Audi, make the monkey drunk
Let blind turn one-eyed, when the dumb sings this song

"Not yet," scolded Isha. "Recite some more!"

Making us to busk for free, what a miser donor you are?
We’re off to bed hungry, if you won’t give us food now

“Food now, food now …” Hosh danced around in circles as he sang.

“Now I’m going to eat, or else I’ll bleat …” Rosh was singing loudly too.

“Eat? Food?” Little Josh caught on to the important words.

He clenched his fists tight, and began drumming on his father’s head too. Seeing the mood of the boys, Isha laughed and stood up.

“Patience,” she reproached Rosh, as she retreated towards the kitchen. “You were born in India!”

With Josh on his shoulder, Rosh followed her into the kitchen. Now he’d gotten into the mood, she was deserting the field. But what could stop a rising tide?

Hosh too, was banging his steel plate rhythmically with a spoon.

It was the right season, the perfect opportunity, the right tradition. Rosh went with the flow, weaving words aloud into a poem, but the words fished out unknown desires from the depths of his mind:

Leaders become true, the old transform into kids
Chant such mantra, that wealth inequality is erased

Note: With minor changes, the original Hindi poetry by Rajeev Wadhwa (in the Hindi version of this story), was also published as the poem ‘अभिलाषा’ (Abhilasha) in Bharat-Darshan, Volume 20, Year 4, May-June 2000, ISSN 1173-9843